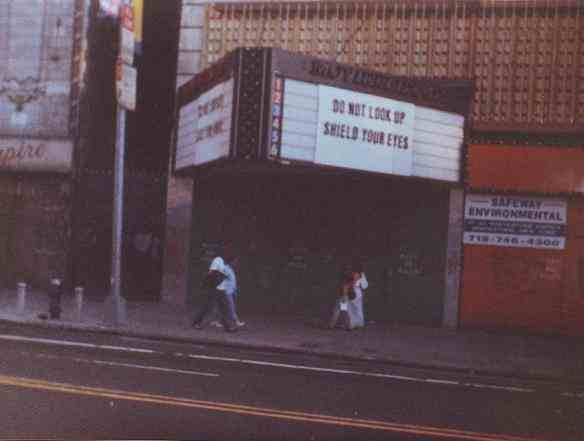 As it turns out, the theatre actually did rather well in its short time span. Fridays and Saturdays reportedly had many sellouts and the theatre attracted many teens and couples. The theatre actually closed due to the city evicting the old tenants of 42nd Street despite business. The owners later sued the city but I don’t know how that went.

KingBiscuits, you might as well be talking about the old 42nd Street grindhouses, which the Movie-Plex replaced. Each of them were doing quite well on weekends and were only closed when they were evicted by the city for redevelopment.

Anyway, here’s an active link to that page you posted.

1971 photo added of the Roxy Bulesk/Joy 42nd Street Theatre marquee. Thanks to Ed Solero for the detective work.

1972 photo added via Photographs From The 1970s Facebook page.

What year did this theater closed