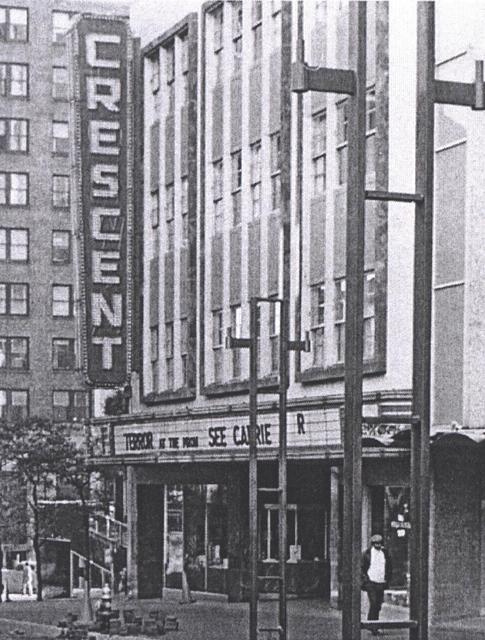 Opened in 1919 as the Princess Theatre at 611 Church Street, when the seating capacity was 1,602. It was forced to move when Cain-Sloan took over the property.

The theatre moved to 415 Church Street in 1949. Crescent Theatres upgraded and remodeled it in 1959 and it had a seating capacity of 830. At this time the theatre got a 45 foot screen and six track stereo sound and a new name, it became the Crescent Theatre.

Thanks to whoever put the photo on this correct page.

Just read on Historic Nashville that the Princess reopened as the Crescent Cinerama on Christmas Day 1959 with a new 45 foot screen.

This webpage has some details about Cinerama exhibition at the Loew’s Crescent.

Thanks for the link CSWalczac.

Loew’s didn’t close the Crescent Theater. It was part of the Martin Theatre Circuit from 1981 until Martin closed it on August 26, 1982 as a sub-run discount double-feature house with the awesome “Kung Fu Zombie” playing with “Chinese Connection.” It remained vacant until demolished in 1994 and was demo’d. Also, for what it’s worth, the Princess didn’t move in 1949. It closed on January 2, 1950 in it its old location. It reopened the Princess with its grand opening on March 22, 1951 with “When You’re Smiling” and “Snow Dog. (Of course, the guessy dates and incorrect info is probably fine, too, if it makes for a better story.)

Photos album credit The Tennessean, courtesy of Nashville Then: Controversy at the Crescent Cinerama in 1966.