Previous Names: Cinema In Your Face 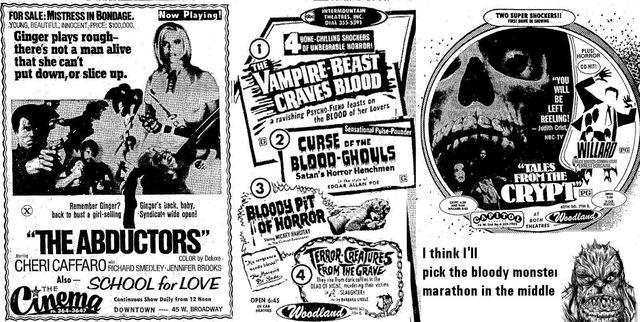 The Cinema opened on February 1, 1969 with a seating capacity of 200. It was intended to cater to an adult audience. Its opening attraction was “The Magus” from 20th Century Fox. The interior of the theatre was done in a knotty pine desingn with green accents.

In 1969 the LDS-owned Deseret News accepted ads for this adult cinema. have a look at this page. View link