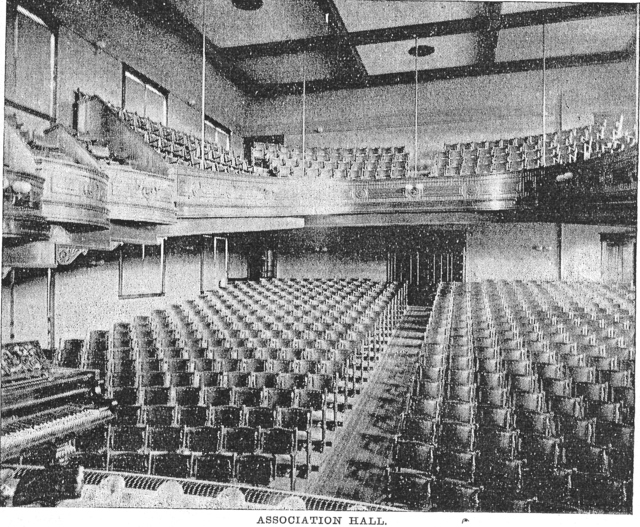 The Annex Theater opened in 1909 and was located above the Auditorium Theatre (later known as the State Theater/RKO State theater).

A former theatre turned into a hotel? Interesting.

Nobdy has mentioned that this theater was razed. I’m not sure when, but it must have been in the 1970s and there is a big park there now that takes up a whole city block except for a hotel that changes names every two years or so and serves the convention center. I know this theater was there when I moved to Dayton in 1963.

I have to comment on this, my favorite old theater in Dayton. The building was built in 1887 as a YMCA, including The College of the YMCA now called Sinclair Community College, Housing for the YMCA which explains how the Hotel came to be in there, and the YWCA. There was an older YMCA Association Hall that seated 750 people incorporated into the new YMCA building. There was always 2 theaters in the building. The main theater seated 1,100 people. The Hippodrome started in 1909 and lasted until the great flood of 1913 and then sat empty until it was demolished. The annex was a small theater installed in a room upstairs that had been part of the college and was no longer used when I went there in the 50s, 60s, and 70s.

Technically, this is the Loew’s State Theatre - a repeat entry.