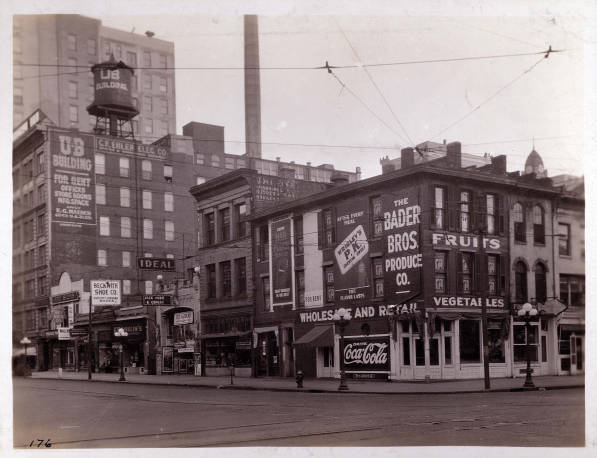 The Ideal Theatre was discussed in the November 3, 1917, issue of The Moving Picture World:

“DAYTON, OHIO. — John Seifert. who was with the Pathe. working from Cincinnati, and who made quite a success with that company, is now in Dayton to stay. He is managing the Ideal theater in this city as well as the East Majestic, a neighborhood house.

“Mr. Seifert controlled a chain of eight theaters on the Pacific coast before going to the Pathe people and is well known in the west. He has already started plans for the complete remodeling of the Ideal. Mr. Seifert converted a house known as a ‘filler for a program’ into a legitimate ‘Feature.’ inasmuch as the Standard Film one-reel picture, ‘The Zeppelin Raids over London,’ was advertised strong in the newspapers and did a big business while at the Ideal.

“George Wilson, of the Standard exchange in Cincinnati, says that bookings are coming in fast through the running of the picture at the Ideal with such remarkable success. This task is even harder when one stops to think that B. F. Keith’s theater, only two blocks away, was playing ‘The Retreat of the Germans’ to big houses as an extra feature with a vaudeville show.

“Mr. Seifert claims the East Majestic is also doing well under his management and he is to completely remodel this house also.”So far I’ve been unable to identify the neighborhood house called the East Majestic Theatre. 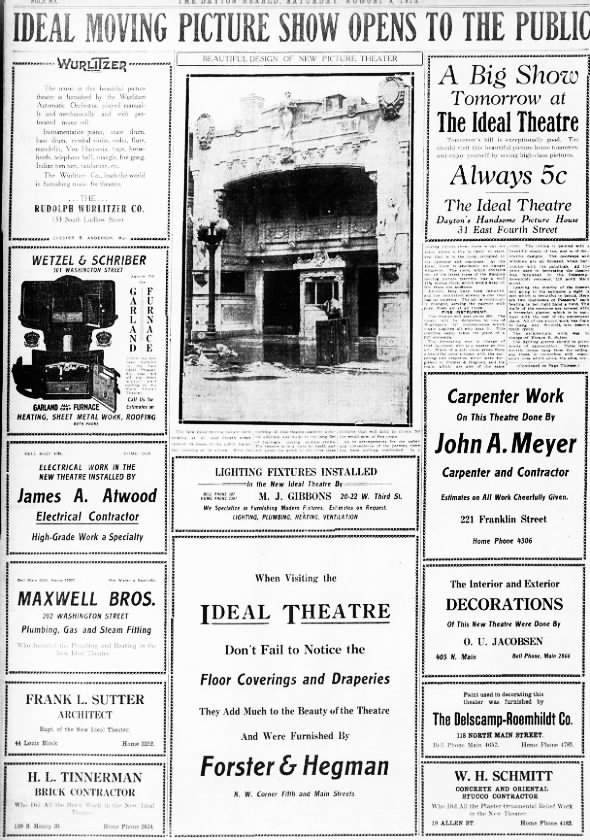 I see that one of the courtesy ads in the newspaper rivest266 uploaded is from architect Frank L. Sutter, though it says only “Supt. of the New Ideal Theater” and the article text says that “[t]he architectural work was in charge of Horace B. Sutter.”

The Internet provides many references to Frank L. Sutter, who had practiced architecture in Dayton for decades. Horace B. was presumably a younger relative, as Frank Sutter was born in 1832 and would have been at least 80 years old when the Ideal was built. I can’t find any other references to Horace B. Sutter, so if he was an architect too his career must have been very short.