LOS ANGELES, CA — Thanks to the generous permission of photographer Julie Silliman at the CRA/LA, we have obtained several awesome shots from the relighting of the Los Angeles and Palace theaters. (See previous story). 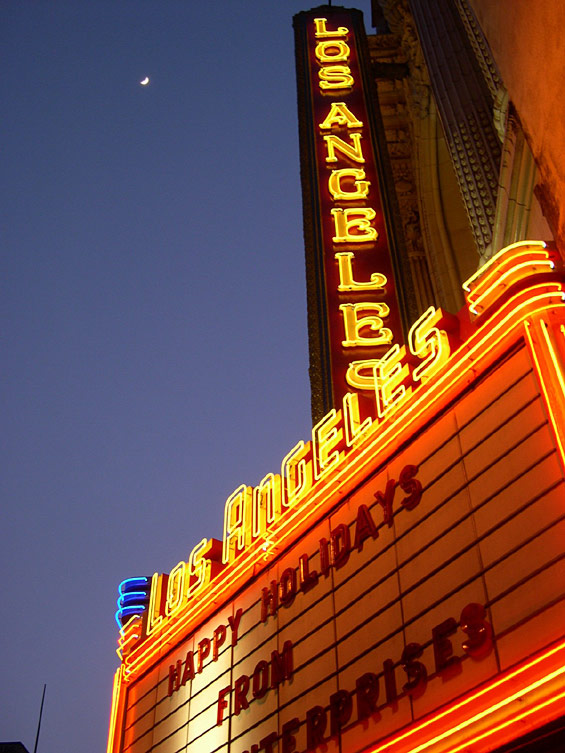 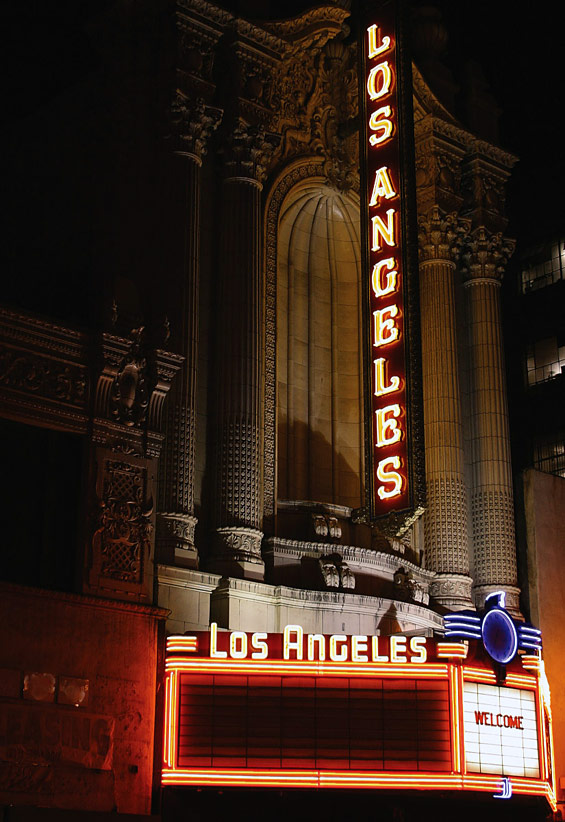 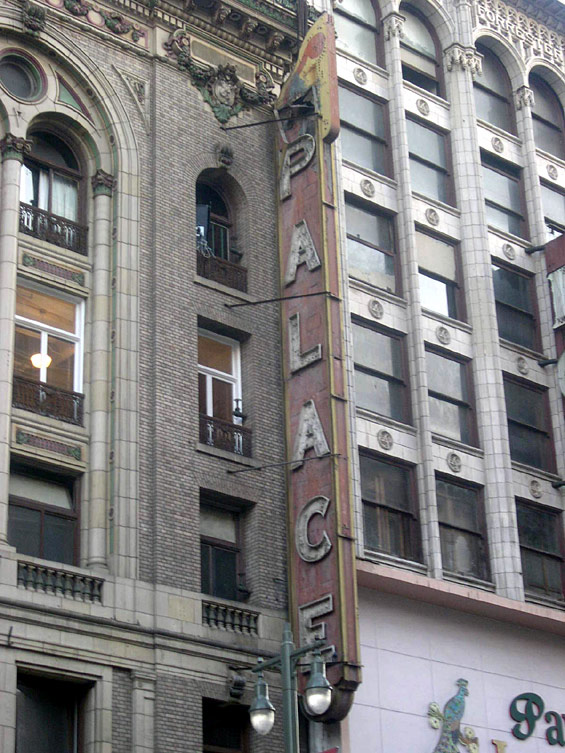 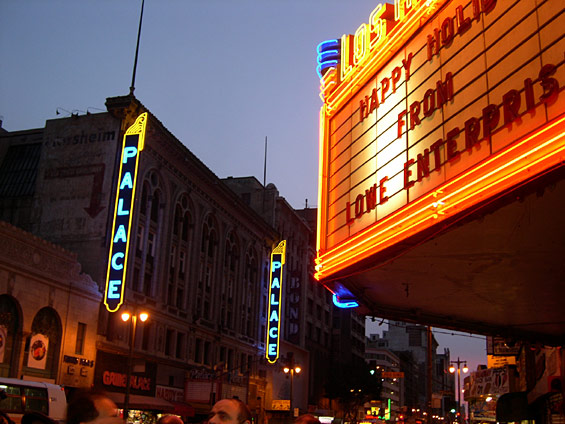 Patrick, thank you for doing this.

You should thank Julie Silliman, Manwithnoname. She was very nice to let us use her photos.

BTW — Julie asked me to let everyone know that the second to last image (the one of a dingy-looking Palace theater marquee) is a “before” shot. It was taken prior to the restoration of these marquees.

These are gorgeous shoots; I love it, just the way I remember them. Hey guys, say the word. I will fire up the rectifiers, generators, whatever… It’s showtime… :)

You can see historic photos of the theatre here.

It is from the Los Angeles Public Library.

Scratch that address above.
Instead, click the link below.

Click on “Search the Database” on the bottom.
Allow it time to redirect.
Type in “Los Angeles Theater” in the space provided for the search.
On the “Keyword” drop-down menu, change it to “Subject Browse” and
click on the “Search” button.

If you look closely in the last shot, you can see the still dark marquee of the Palace just over the guys head at the bottom of the pic. To the right of the Palace is the Tower, Globe and the Orpheum. To the left are the Roxie, Cameo and Arcade (formerly Pantages). Nearby are the Warner Downtown, State, Million Dollar, United Artists & Rialto. Some closed, some converted but the marquees are still there.

Thank you for some wonderful pictures.
This is very nice.
George Vreeland Hill