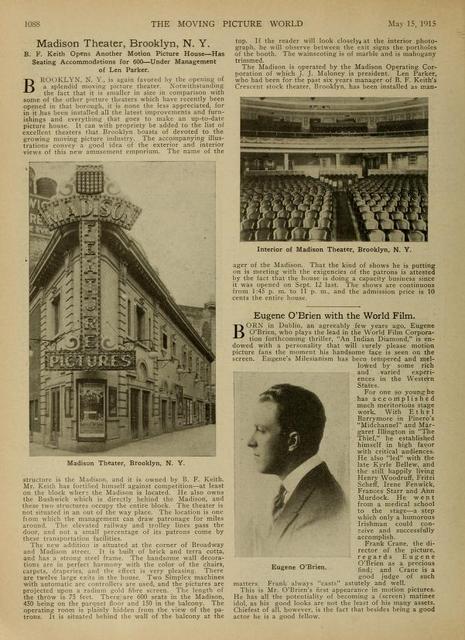 No, this was a seperate theater. I remember before it was added, there was a whole controversy, but it was heavily researched, and I have seen it confirmed in publication, as well as it’s address on Broadway., and that this was right next to the RKO Bushwick, to it’s left facing the Bushwick. It was a silent movie house, and didn’t last long, and was closed by the 1920’s already.
The Monroe is on the other side of Howard Ave, and doesn’t front Broadway at all, as it’s at the corner of Howard and Monroe.

I think the answer may be something along these lines. In 1922 the Bushwick was Keith’s primary house and featured Vaudeville in a deLuxe setting. The Madison and Monroe were also under Keith’s management, both with identical in seating capacity and somewhat spartan, all very close to one and another, but with latter two catering to the low end of the market in terms of price.

The market for entertainment in this neighborhood at that time was great as is attested to by the large number of theaters we can see listed on CT. Economies of scale in management and film rentals were obvious. The assistant manager of the Bushwick could cover all the houses. The film program could be staggered so if the same program was scheduled, only one set of prints were needed and reels could be hot swapped, a common practice in Brooklyn among theaters under the same management in Teens and early Twenties.

Something happened before December 18, 1922 when the second ad appeared.
Could it be that management of the two small houses passed from Keith’s Bushwick team to a new entity with the new Madison team becoming responsible for the satellite Monroe as an annex ? Perhaps the name change reflects this. Is there any further ad for the Madison in 1922 ?

I have just read a 1924 issue of the Brooklyn Eagle Almanac. It lists the Madison (600 seats) as Keith’s.

Keith’s owned this little theater? I guess it closed it when it got involved in the Bushwick Theater next door?

I have a copy of the 1928 Brooklyn Red Book. It lists the Madison, without Keith’s, KA, etc. prefix, at Broadway and Madison as a Vaudeville house (and the Monroe at Broadway and Monroe as a Motion Picture house). Perhaps Keith’s had leased it out at this time to a cut rate operator ?

That is probable. They may have leased it out when they took over an interest in the Bushwick theater?

No, Keith’s acquired the Bushwick much earlier. It also operated the Monroe and Madison for periods of time.

I have a complete January, 1917 program from the Madison-Monroe that can be seen at the Silent Film Still Archive 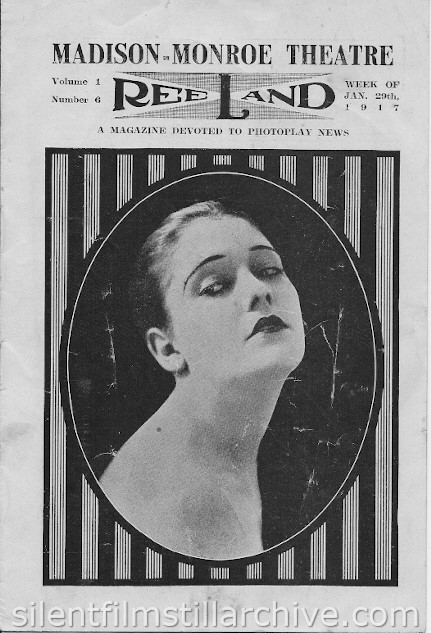 Thanks so much! It’s nice to finally see a photo of this theater!

Interesting, that small wedge section of seats at the back of the auditorium just where the center aisle forks off to the rear exits. I don’t think I’ve ever seen anything quite like that, right on the center line of a theater!