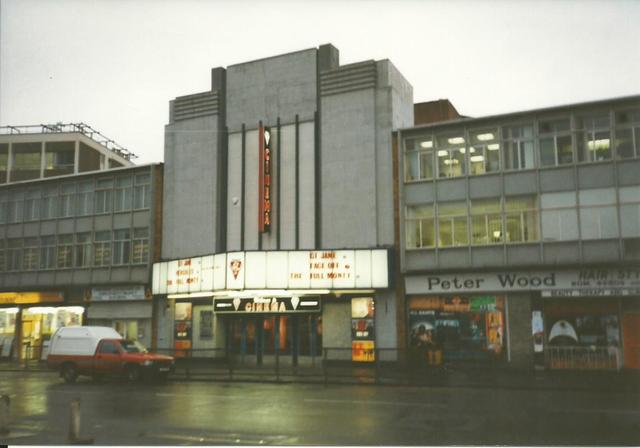 Located in Romford, Essex which today is a district in the east of Greater London. Built for Associated British Cinemas(ABC) and designed by their ‘in house’ architect William R. Glen, the Ritz Cinema opened on 7th November 1938 screening the double bill; “Vivacious Lady” starring Ginger Rogers and “Prison Farm” starring Shirley Ross. Seating was provided for 1,269 in the stalls and 750 in the balcony.

It was closed by a fire on 9th February 1959 and re-opened a month later on 27th March 1959. During the 1960’s the Ritz Cinema was used occasionally for live stage concerts and The Beatles appeared here as a support act. It was re-named ABC in 1962 and from 14th November 1970 it was closed for tripling. It was the first of ABC’s cinemas in England to be triple screened (the first two were in Edinburgh, Scotland and Dublin, Ireland).

The ABC closed on 25th November 1999 screening “The Sixth Sense”, “EDTV” and “Fight Club” and it was demolished in Spring 2000 when housing was built on the site.

More history and a photograph of the ABC Romford here:
http://www.romford.org/cinemas/ritz-abc/abc.htm