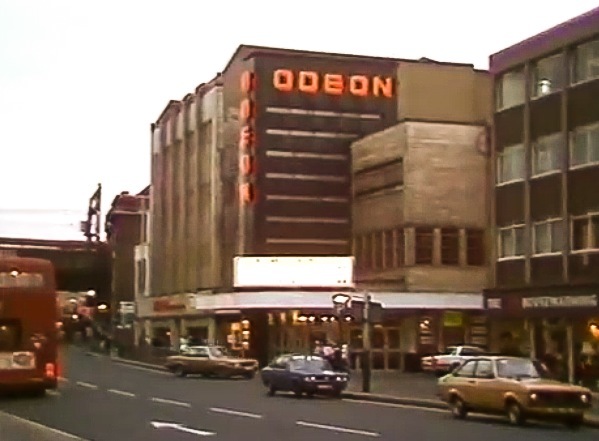 The Havana Cinema opened on 29th January 1936 with the double bill of Conrad Veidt starring in “The Passing of the Third Floor” and Kay Francis starring in “Stranded”.

It was designed by noted cinema architects Leslie H. Kemp and F.E. Tasker and was built for and operated by an independent operator Victory Super Cinemas Ltd. who sold it on to another independent Eastern Cinemas Ltd. in April 1937. It was equipped with a Compton 3Manual/8Rank (with Melotone) organ and there was a café.

Oscar Deutsch’s Odeon Theatres chain took control from 28th February 1943 and it was re-named Odeon from 28th November 1949. It was tripled from 24th March 1974.

The Odeon closed on 8th July 1990 in favour of a new eight screen Odeon built in the nearby Liberty 2 Shopping Centre.

The Havana/Odeon became a ‘shoot 'em up’ Lazerquest centre for a short period of time but after that closed, the building was boarded up and left empty and decaying apart from a dance studio which operated from the former café.

In 1999, it was renovated and re-opened as two nightclubs, one called Time, the other called Envy, which continue in use today as Fiction and Cameo.

The dance studio was the Fred Astaire-Anna Neagle Dance Studio.

The building in faience to the left of the corner entrance which is often photographed is not part of the cinema. If you go down the left-hand alley you will find a passage between it and the cinema and it appears as a white void on cinema plans.