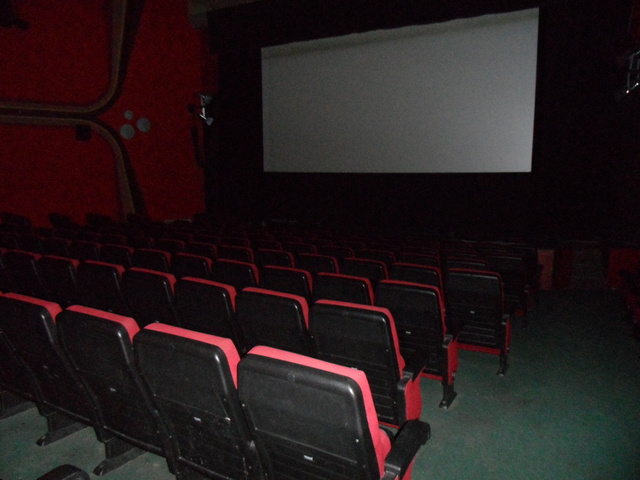 Built by the local Council as a live theatre in 1947. It was constructed on land that had previously been a sunken garden on the cliffs overlooking the sea. It is a typical seaside seasonal theatre of its period in time.

Originally the seating capacity was for 900, the main bulk of seats being in the stalls main floor which was surrounded on three sides by a narrow balcony containing three rows of seats.

In the early 1950’s a Compton Melotone organ was installed. This was removed in the late 1970’s. Films were first screened from May 1986 on Sundays only and initially used 16mm projection equipment. 35mm equipment was later installed and it became a full time cinema from early 1991.

In 1998 it was split into two auditoriums and still retains live theatre use in the forward one, which also doubles as a cinema when no live productions are being staged. The other auditorium at the rear is equipped for cinema use only.