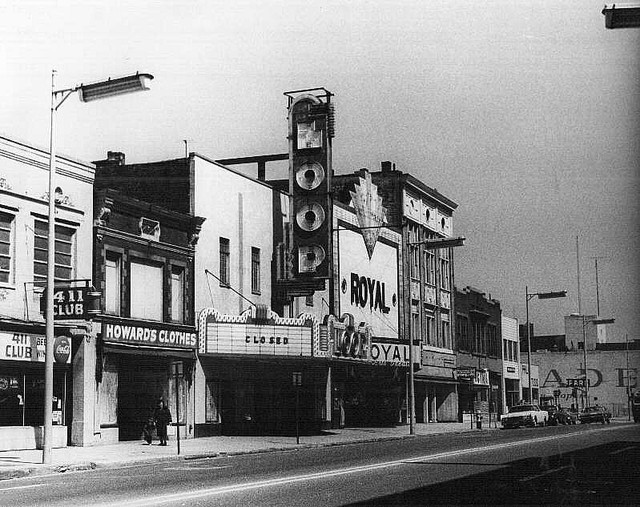 The Loop Theatre opened October 21, 1938. It was located on N. Superior Street at Adams Street. The theatre closed in late-1960 and has since been demolished.

The Loop Theatre is listed in Film Daily Yearbook editions between 1949 and 1955 as operating as a Negro theatre.

having lived in Toledo and working at the Paramount theatre
in 1958& 1959 the Rolal and the Loop were still in operation
showing double features at reduced prices.that whole block of buildings have been demolished.

The Loop Theatre was showing “PSYCHO” Dec 6 1960,so i don’t think it was closed yet Chuck,unless there were two Loop Theatres in the area.

Listings stopped in 1960 for the Loop.

The Loop Theatre was a new-build theatre replacing a previous retail structure which was razed. Jack O'Connell launched the Loop on October 21, 1938 according to trade publications. Virginia O'Connell took over the theatre upon Mr. O'Connell’s death in 1955 and ran it until its closure at the end of 1960. In an article, Mrs. O'Connell said that hoodlums had negatively impacted the theatre’s business in its latter years.