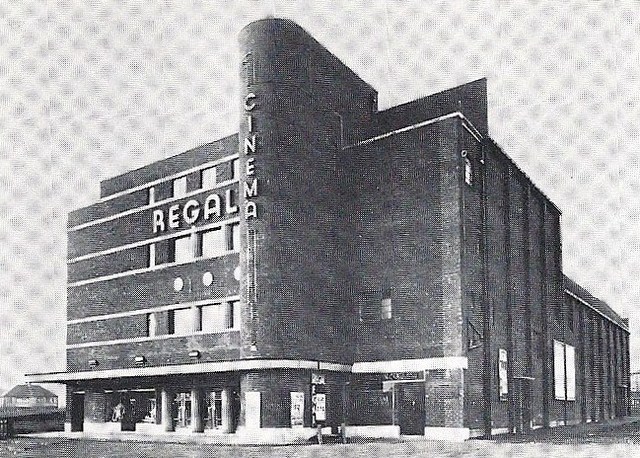 Located in the Crossgates district to the east of Leeds. The Regal Cinema opened on 16th November 1936 with Eddie Cantor in “Strike Me Pink”. The architect was A.V Montague and the builders were Kenyon and Co. It took them only 27 weeks to erect the cinema which provided seating for 1,500 and a car park for 400 vehicles, at that time the largest cinema car-park in the country.

It closed on 11th January 1964 with John Wayne and Robert Mitchum in “The Longest Day” and the building was later demolished and a supermarket built on the site.