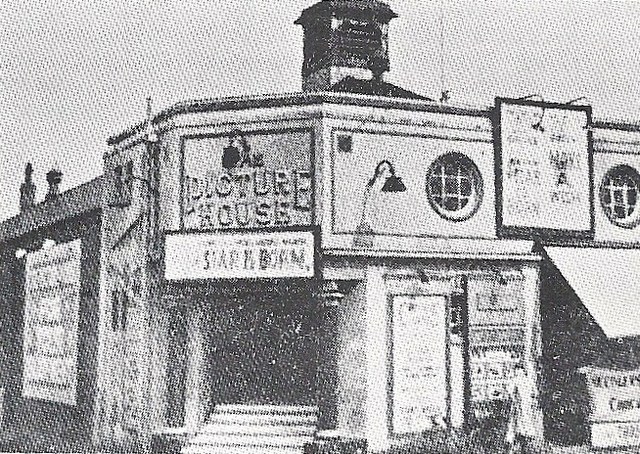 Originally named the Picture House, it was designed by architect J.P. Crawford of Albion Street, Leeds. Seating 800 patrons, it opened on Thursday 5th August 1920. The first film to be shown was “Master of My Fate” with Murrtoe Sailsbury.

The name of the cinema was changed to Ritz Cinema in October of 1938 and the building was given a new Art Deco style facade. The cinema’s last operators were the Star Cinemas chain, who closed the Ritz Cinema on Sunday 16th May 1965 after showing “Hell to Eternity” starring Vic Damone. It was then demolished. To serve cinema customers, a sweet and tobacco shop was part of the cinema building.

I was 7 years old and saw gold finger