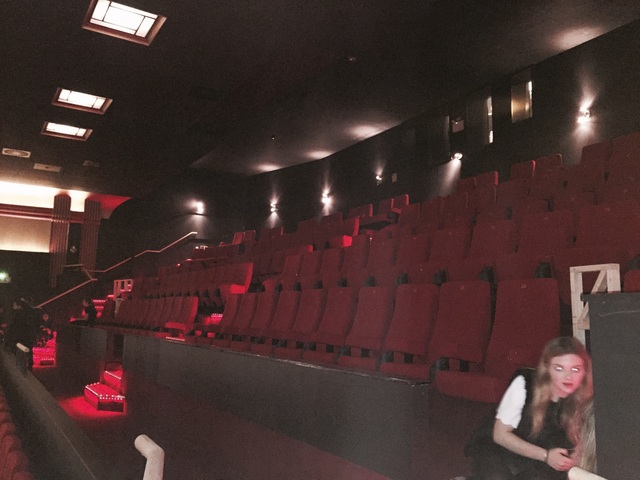 In 1927 St. Albans' first cinema (the Alpha Cinema, later called the Poly Cinema and still later, the Regent Cinema) burned down. The site was cleared and on 3rd December 1931 the Capitol Cinema opened its doors. It was a project of Lou Morris and had been designed by Percival Blow and James Martin Hatfield, with internal decorations and design by Robert Cromie. Total seating capacity was for 1,620, with 1,168 in the stalls and 452 in the balcony. There was a 20 foot deep stage. Due to the slope of the land the cinema was entered at balcony level and patrons descended to the stalls. The Capitol Cinema was equipped with a Compton 2Manual/6Ranks theatre organ, a café and there were three dressing rooms.

In 1934 the cinema was enlarged, to the plans of architectural firm Kemp and Tasker, to 1,728 seats. The Capitol Cinema was bought by Eastern Cinemas (General Cinema Finance) and passed to the D.J. James Circuit by 1937. It then passed to Oscar Deutsch’s chain of Odeon Theatres Ltd., who re-named the cinema in 1945.

The Odeon was one of the first batch of cinemas selected for tripling, and the new three-screen complex opened in January 1973 with the two smaller screens 115 and 129 seats tucked under the balcony and the circle still seating 452 as Screen 1. A fourth screen was added in 1988 in the front stalls area. It was closed on 20th August 1995.

The building then sat empty, but apparently in good condition. Various proposals have been put forward for re-opening the cinema, but it was owned by a development company who wish to demolish the building and use the site for flats. There is no multiplex in the town, but there is one in nearby Hatfield.

In November 2009, it was announced that the Odeon had been purchased by James Hannaway, who restored the long closed Rex Cinema, Berkhamsted. A competition was held in November 2010 to decide a new name for the cinema, and the winning entry was ‘Odyssey’. He raised funds and preliminary renovation/restoration work began in early-2011. Plans by architect Richard Macan-Lind were approved by the council in March 2013 and work began on a full restoration in July 2013. A ‘soft’ re-opening took place on 30th November 2014, with a gala re-opening on 13th December 2014. It is a single screen cinema with a huge 44ft wide x 23ft tall screen. There is seating for 500, plus a cafe & bar.

seems the property developers have partially given in…. and allowed one of our stalwarts
James Hannaway ( rex berkhamstad ) to pop in and check the building out…

There are, surely, two issues here which ‘begger’ belief, especially as we’re supposedly a world-leading power. First of all that we have laws in place in this country which enable its usage as a cinema to be blocked by the operators of a multiplex 8 MILES away, and secondly that the council of a town with INTERNATIONAL significance can allow ANY building to get into this state. In Richmond, Surrey, Odeon themselves re-opened a derelict cinema just around the corner from their main screens, with great success.

more photos on www.stalbansodeon.blogspot.com – taken since we’ve heard that James Hannaway is hoping to complete purchase of the Odeon and to restore it as a working cinema (hurrah!!!! At last)

Four interior shots from the mid to late 1980’s – they have been digitally rescued from negatives of poor original shots, but give some idea of the interior of the Odeon when it was up and running.

Congratulations to all those involved in the reversal of the subdivision and restoration of this cinema. While the big boys are further carving up theirs (Empire Leicester Square etc), James Hannaway and his team of visionaries are doing the exact opposite……..and using house and screen tabs!

The philosophy with the circuits seems to be that no one is interested in fancy decor or curtains – in any case it is unnecessary; well, this could be said about many things in life but the people at Berkhamsted, Evesham and now St Albans seem to be testimony to the importance of the “unnecessary”.

One observation re the auditorium photo; are the house tabs illuminated via footlights or pageant lighting? they do not appear to be lit on this particular shot.

Congratulations once again; I wish that we had somewhere like the aforementioned places here in the North East but apart from the main auditorium at the Tyneside Cinema (and that is a former News Cinema so does not quite count) I am sorry to say that they are all multi screen popcorn sheds!

Perhaps Mr Hannaway could come up to Stockton On Tees and give some valuable advice with the ABC Globe which is slowly but surely being restored; apparently the fly tower is going to remain sealed off and there will be no films – and, I dare say, no curtains either………….

The photos are from the opening night and some of the features where not fully ready, the front of the balcony appeared to have wires to have lights fitted to aluminate that tabs and the rex has footlights, and these may will be present but where not on during the opening night. I was in buying tickets the other day and the electricians where finishing lighting off including reinstating so when I go back I will post a photo withe original art deco light covers. I am back on 27th December and will post photos of the fully finished article including illuminated tabs.