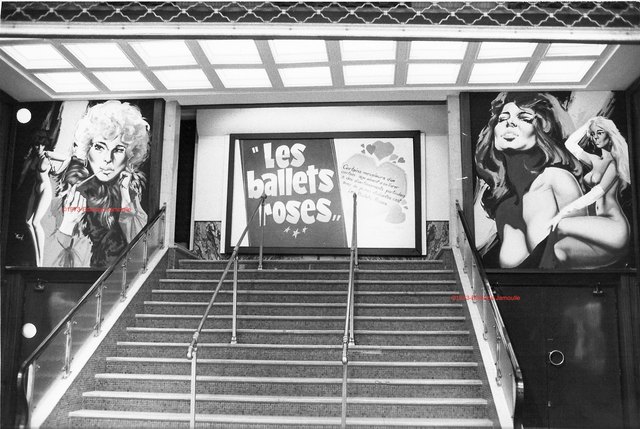 Located in the centre of Brussels, close to the Theatre Royal de la Monnaie at the intersection of Munt and Nieuwstraat. The building was originally a restaurant and it was converted into the Cameo Cinema, which opened in 1926. It has a decorative facade which has a small ‘Cameo’ name in the stonework on the upper section, and there are some guilded mouldings. Inside the auditorium, seating was provided in stalls and circle.

In 1980, it was twinned with 523 seats in the stalls and 197 seats in the former circle. The Cameo Cinema closed in 1991 and when seen on the Cinema Theatre Association(UK) visit to the city in September 1995 the main floor was in use as a ‘adult’ live performance venue! In 1996 it was converted into a casino. The former circle area remains ununused.

Almost adjacent, to the right of the Cameo Cinema, is the elaborate facade of the former Gaite Theatre. The words ‘Theatre’ & Concert' are on the facade and I am not sure if the Gaite ever screened films. It is intact inside with the stalls and circle areas in use as a music store (known as Free Record Shop in 1995). In 2009, the former Gaite was being converted into a Morrocan Cultural Centre, which will include theatre use.