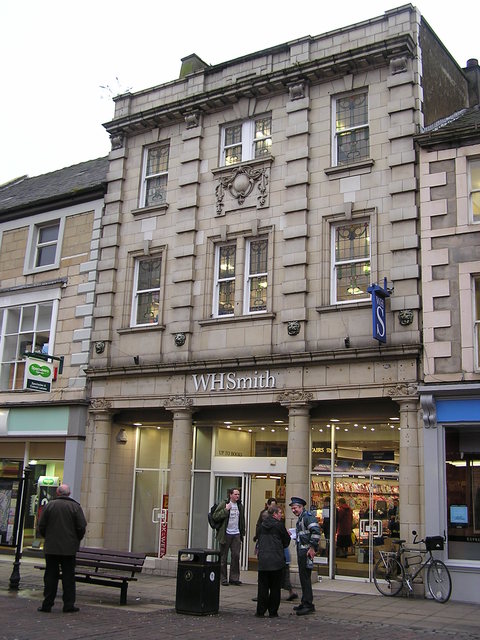 The Palladium Cinema was the first purpose built cinema to be opened in the county town of Lancaster. It opened on 26th October 1914.

There was a cafe situated on the first floor above the entrance, which duplicated as a dance hall in the evenings. During the 1920’s and 1930’s it advertised itself as the ‘Palladium Picture House and Cafe Rendezvous’.

The Palladium Cinema was always independently operated and closed suddenly on 6th August 1960, due to it not being financially profitable. The cafe had closed a few years earlier.

After a while, it was taken over by Orr’s of Coventry and became the Rio Bingo Club which carried on until closing in around 1980-1981. The interior of the building was gutted and it became a W.H. Smith’s bookstore, which continues today.

The facade of the building which is in a Classical style with pillars at the entrance, is a Grade II Listed building.