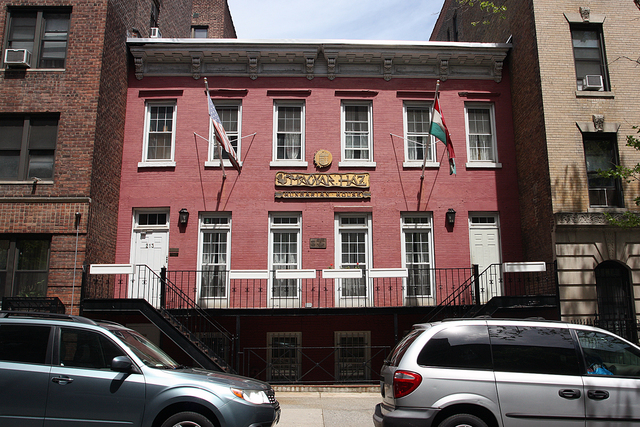 According to research in The New York Times, the Modern Playhouse first opened nearly eighty years ago, on September 13th, 1936, with the American premiere of the Hungarian-made “The New Landlord.” An incomplete address of “Third Avenue near 81st Street” was given…A subsequent review of the new cinema in Variety gave a seating capacity of 300, but no address except for the “upper reaches of Third Avenue.” The trade weekly attributed ownership to Danuba Pictures, whose chief executive, Eugene J. Lang, also managed the theatre. The Modern Playhouse would show Hungarian films exclusively, under a contract between Danuba and eight Magyar production companies. For at least its inaugural period, the Playhouse employed an emcee billed as “Mr. Szemere,” who told jokes and anecdotes about the homeland during a ten-minute interval between the short subjects and feature. Admission was 25 cents for matinees and 35 cents at night. NYC’s Hungarian population was estimated to be about 100,000 at the time, and had its own newspaper which Modern Playhouse would use for advertising and publicity.