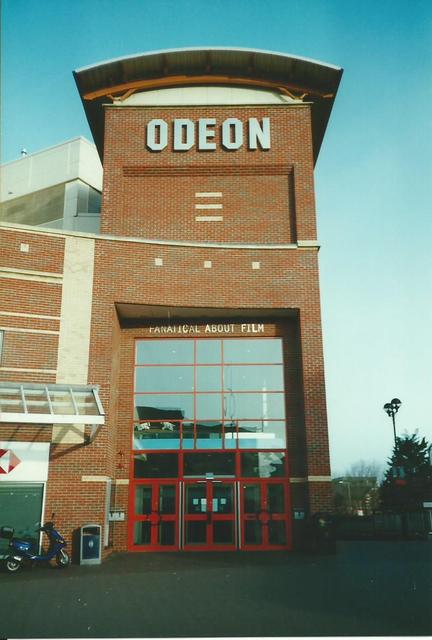 The Odeon multiplex was built on the site of the long demolished municipal college, at the top of the High Street at Victoria Circus. Due to the limited ground floor space, it was built on three floors, with Screens 1 and 2 at ground floor level, Screens 3 and 4 on the first floor, and Screens 5 to 8 on the top floor.

There is a café on the ground floor. All the auditoriums have draped walls, either in rose pink or green.

The opening ceremony was accompanied by a screening of “Brassed Off”.

In July 2000 the Odeon hosted the gala premiere of the new British film “Essex Boys”. Stars Sean Bean, Ray Winstone, Jude Law and Sadie Frost were among the invited guests.

Since 2009 the Odeon has hosted the Gala Opening Night of the annual Southend Film Festival.