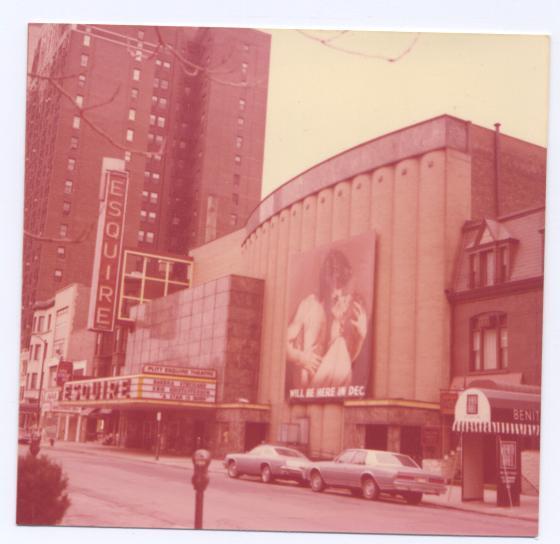 Most recently operated by the AMC Entertainment chain after many years under the Loews Cineplex chain, the Esquire Theatre was closed in September 14, 2006.

In 2011, the Esquire Theatre was gutted and its marquee removed, and became retail space. The vertical sign and part of its facade was retained. In late-2019 it was converted into a winery & restaurant

Does anyone know the what the premier date for Gone With The Wind was-at the Esquire theater, in 1940? Also the dates for premiers also at esquire in spring, summer 1939. I’m looking for a magazine cover of my grandmother standing in a long line at the Esquire in 1939 or 1940. Any help would be appreciated!

GONE WITH THE WIND premiered simultaneously at the Woods and Oriental Theatres. Maybe GWTW played at the Esquire later in 1940; I’m not sure. 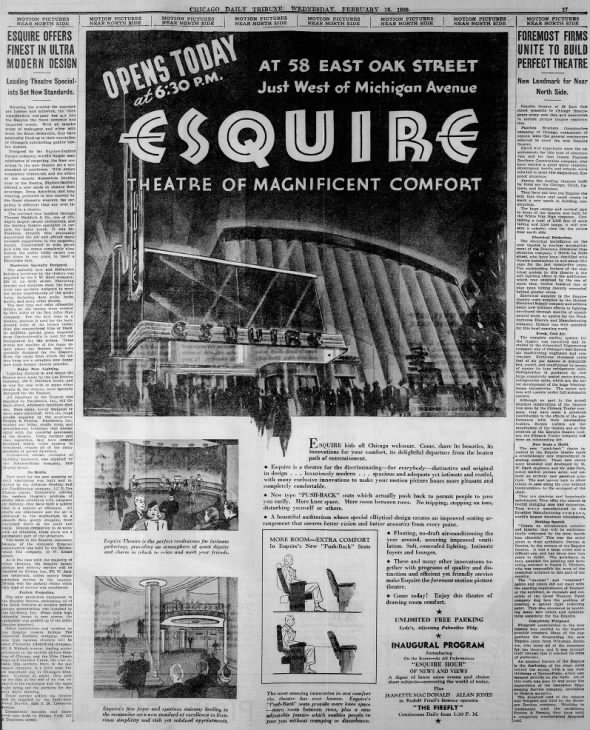 Del Frisco’s Double Eagle Steak House in the shell of the former Esquire building is now permanently closed as of January 2019. Apparently originally announced in November 2018.

Just want to add to the description, the theatre was operated in the 1980’s by Plitt Theatres, when Cineplex Odeon bought the change, the theatre was Loews Theatres entry into the Chicago area.

Please update in description, the theatre closed for renovations late January 1988, reopened under Loews and M and R on February 9, 1990. Theatre closed by AMC on September 14, 2006. Just uploaded some material from the Chicago Tribune.

Question is what happened to the orchestra, when I was their in August 1994, it had 6 screens which were on the two old balcony levels. It would of been nice Loews would of built a screen in the old orchestra level.

The former Del Frisco’s is now called Cooper’s Hawk Winery & Restaurant. They have an Esquire wine, with an exterior image on the bottle…

Click here for an architectural review of the building’s retail conversion.