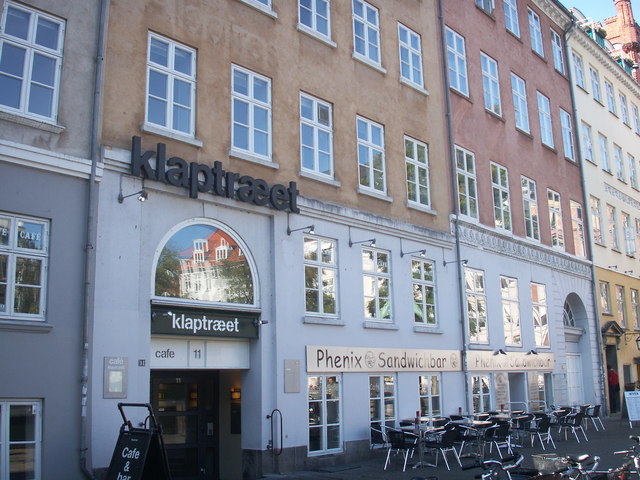 Located in the city centre, the Klaptraeet Biograf opened as a 75 seat, single screen independent art house cinema in September 1977. It was located upstairs on the first floor and the seating was rescued from the closed-down Palladium Biograf, when it was being demolished in 1977. It was such a success that two additional screen were established in other parts of the building, with seating capacities of 46 and 30.

Popular films at the cinema were the Talking Heads film "Stop Making Sense" and "The Rocky Horror Picture Show". The Klaptraeet Biograf was closed on 19th December 1991. It was converted into a bar and cafe.