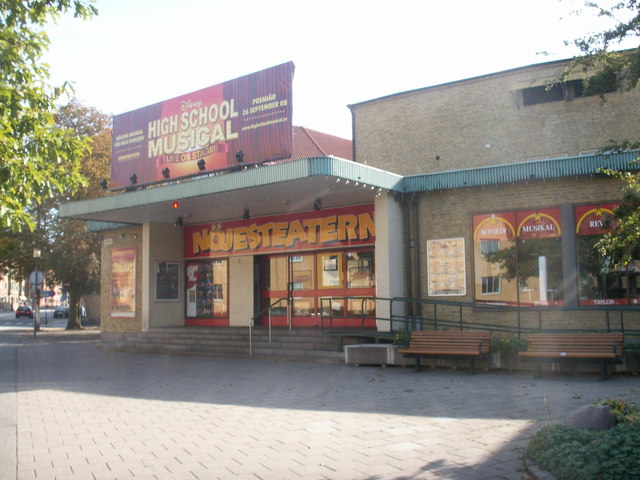 Located a short distance out of the city centre, next to the Folkets Park. The Amiralen Teatern was opened on 27th January 1940 and was built for the Malmo Biograf chain. It was designed for both film and stage use and had a seating capacity for 850 at its opening. It complements other entertainment buildings in the park, which also contains a small amusement park with a ferris wheel.

The Amiralen Teatern was equipped for CinemaScope, the first film to be presented in this process was Richard Widmark in “Hell and High Water” on 6th September 1954. It closed as a cinema on 12th April 1964 with Burt Lancaster in “The Unforgiven”. Since then it has staged live shows only, now re-named Nojesteatern.