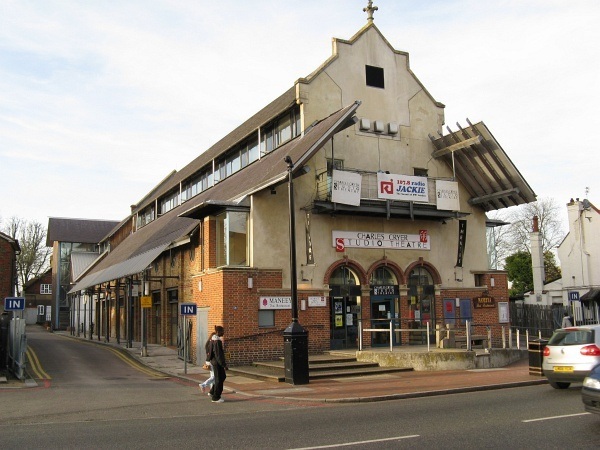 The Public Hall was built in 1874 and began screening films around 1909. Initially it seated 500. It was also used for other functions including roller skating into the 1920’s. By the late-1920’s it had gone over to full time cinema use and had been re-named Palace Theatre. Operated by Popular Cinemas Ltd, it was listed with 486 seats and there was a dance hall attached.

In 1991, it was rebuilt/refurbished to the plans of architectural firm Edward Cullinan Architects, and re-opened as the Charles Cryer Studio Theatre.