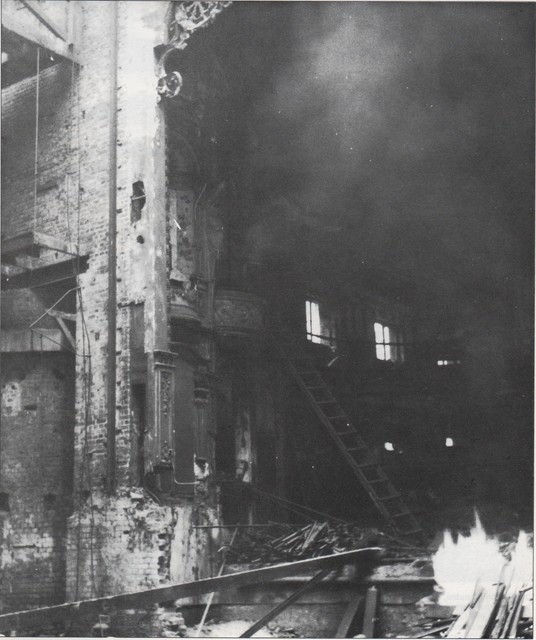 Located in the south-west London district of Battersea at the corner of Lavender Hill & Theatre Street. The Shakespeare Theatre opened on 16th November 1896 with a musical comedy "My Girl" starring the George Edwardes’s Company, from the Gaiety Theatre, London. The Classical style façade had an open balcony, supported by columns, which had a pediment above, again supported by columns. Inside the auditorium was richly decorated and had seating provided in pit, stalls on the ground floor and dress circle and balcony on the first floor. It had a stage 70 feet wide and 50 feet deep, and there were eight dressing rooms.

From the turn of the century, films were screened, but it retained its task as a live theatre for many years. Stage artistes such as Ellen Terry, Lily Langtree and Sarah Bernhardt appeared in plays on it stage.

On 12th May 1912, it began life as a full time cinema, known as the Shakespeare Theatre Grand Cinema. Some revues were performed on its stage, but these were not successful. In 1924, it was redecorated and re-opened as the Shakespeare Grand Cinema, and was taken over by the United Picture Theatres Ltd. chain in January 1928. From July 1930, Gaumont British Theatres had taken over and it was equipped with a British Acoustic(BA) sound system. It was still owned by UPT.

The Shakespeare Grand Theatre was badly damaged by German bombs during 1940 and was hit again in 1941 and was left unused. Battersea Borough Council put a compulsory purchase order on the derelict building in 1955, with proposals to build an extension to the next-door Town Hall (today the Battersea Arts Centre). The Shakespeare Theatre was demolished in 1956, despite a protest from a man on the roof of the building, dressed as a Shakespearian actor. Instead of the town hall extension, an office block named Shakespeare House was built on the site.

Photographs and more details on the Shakespeare theatre can be seen here:
View link