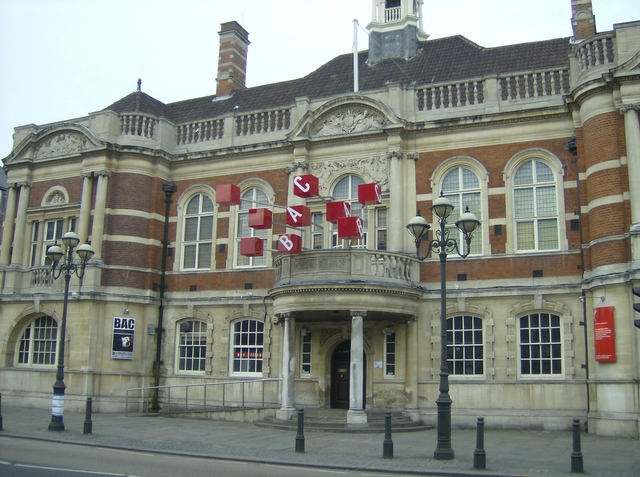 Located in the south-west London district of Battersea. Battersea Town Hall opened on 15th November 1893. Initially the building contained two large halls, that were used for concerts, dances, political meetings and social events. In 1900 the Grand Hall was equipped with a Norman & Beard 4 Manual ‘straight’ organ. Films were screened from 1908.

In 1950, there were screenings of two Russian films "Lenin in October" and "The Youth of the Wild". In 1974, it was re-named Battersea Arts Centre, and stage productions were the main programming. The Grand Hall now seats 200, studio 1 seats 70 and studio 2 seats 75.

The Battersea Arts Centre is a Grade II Listed building.

The building was nearing completion of a multi-million Pounds renovation including the Norman & Beard organ, when it was severely damaged by a huge fire on 13th March 2015. The Grand Hall was the most damaged part of the building, leaving only the outer walls standing. The following day performances went ahead in the two smaller auditoriums. A fundraising drive was immediately begun to help with a rebuilding of the Grand Hall.