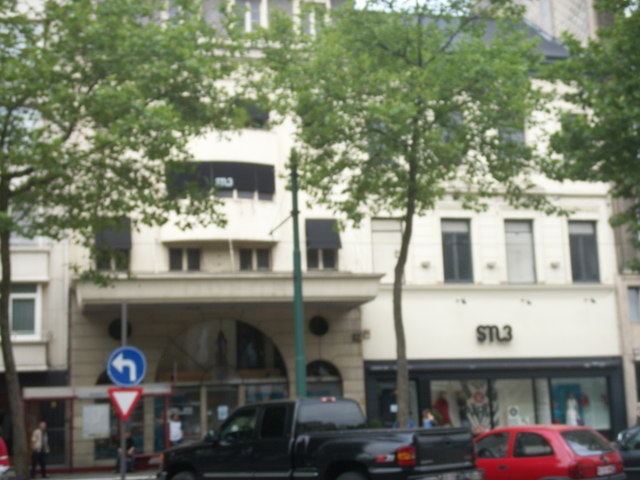 The Odeon Cinema had its main entrance on the Frankrijklei, a wide major road in the centre of Antwerp. It was opened in 1912 and was designed by architect Francois Dens. In 1927 it was re-named Studio 48, named after its street address. It had a seating capacity for 600. It was re-named Cine VOG in the 1940’s. Taken over by Georges Heylen in 1952 it was remodeled to the plans of architect Rie Haan and renamed Odeon Cinema again. It was closed on 28th September 1985.

By June 2009, the building has been converted into a SN3 clothing store, using both the front and a rear entrance at Kipdorpvest 37.