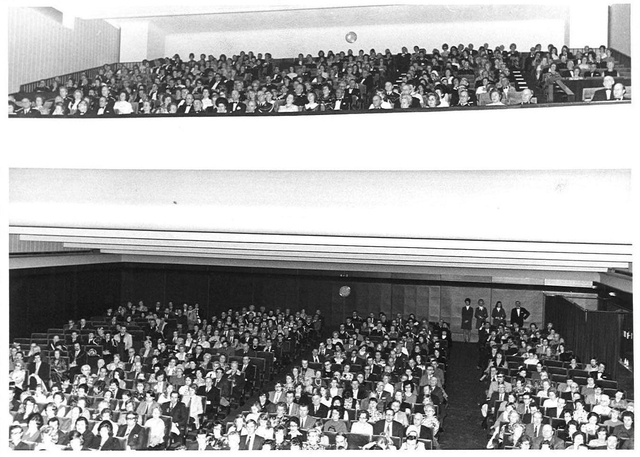 Opened as the Cine Rex in 1935, the cinema was taken over by the German occupiers during World War II and re-named Eldorado, playing only German made films. The cinema was destroyed by a V2 rocket on December 13, 1944, which killed more than 600 people (including 296 allied soldiers).

Following the war, in 1947, the cinema was rebuilt completely, using the original architects blueprints.

In the 1950’s, Cine Rex became the flagship theater of the Rex Imperium chain (which was owned by Georges Heylen). In 1979, a second screen was added in the theater’s basement.

After nearly sixty years of entertainment, Cine Rex closed in September 1993, and was demolished two years later, in December 1995.

Today, the original site of the Cine Rex is now occupied by the UGC Antwerp (former Gaumont).

My wife’s cousin Paul Host, who still lives in Antwerp, wanted to see “Buffalo Bill” (Fox, Joel McCrea & Maureen O'Hara), but his mother refused to let him go to the Rex; it was destroyed moments later.“”