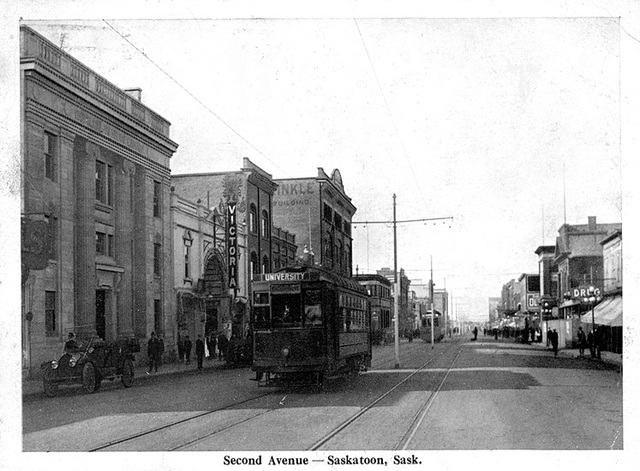 Constructed in 1913, the Victoria Theatre. It was rebuilt in 1930, as a Spanish-Mediterranean/Atmospheric style, similar to that of nearby Capitol Theatre and was renamed Tivoli Theatre on August 2, 1930 when it reopened with Reginald Denny in “What a Man”.

A more modern facade was added in 1965, prompting yet another name change; this time to the Odeon Theatre from August 30, 1965 when it reopened with James Stewart in “Shenandoah”. In 1992 it was renamed Paradise Theatre.

As of July 2009, the exterior and interior of this theatre have been extensively renovated, and are now part of the Odeon Events Centre.

They’ve transformed this former beauty into a big ugly nothing.
You can find a picture of the Odeon (ex-Tivoli) in her heyday here—>
View link

The Odeon stopped showing movies in the mid-1980s.

I worked at the Odeon Theatre from July 1979 until January 1986 as assistant manager and subsequesntly Manager when the current manager retired ( Nelson Warner ) who had been in the theatre business for over 50 years! When I started in 1979 the theatre was owned / operated by the Odeon Morton Theatre chain. They were a family owned operation and treated everyone very well. Eventually, they sold out to Canadian Odeon Theatres out of Toronto and then to Cineplex Odeon Corporation.
Cineplex Odeon started the ever popular $2.00 Tuesdays and every week we were able to sell that 606 seat theatre out!!!
I was offered a transfer to a triple screen theatre ( Coronet Conemas ) in Regina in 1986. The theatre was then managed by Ernie Cross. Mr Cross eventually was transfered over to the Pacific Cinemas and took over management when the Odeon was closed.

One more point to make. I hired young 17/18 year old “ candy girl ” while I was Assistant Manager of the Odeon. I’m happy to say that that Candy Girl and I have been married for many years and have 2 sons!!! That’s SHOW BIZ I guess!!

The Local History Collections of the Saskatoon Public Library gives this sequence of the names for this theater:

Original Theatre built in 1913 and opened as Victoria Theatre. 1930-1965 it became the Tivoli Theatre. In 1965 it was modernized and opened as the Odeon Theatre. In 1992 the name changed to the Paradise Theatre and by 2009 the theatre was extensively renovated and became part of O'Brien’s Event Centre.

The library has several photos of the theater, but I’ve been unable to make any functional links to them. Start with this page and scroll down to the link that says “At the Movies: a Photographic Exhibition”. This gallery has links to additional galleries with multiple photos of many of Saskatoon’s theaters, including the Victoria and Tivoli. 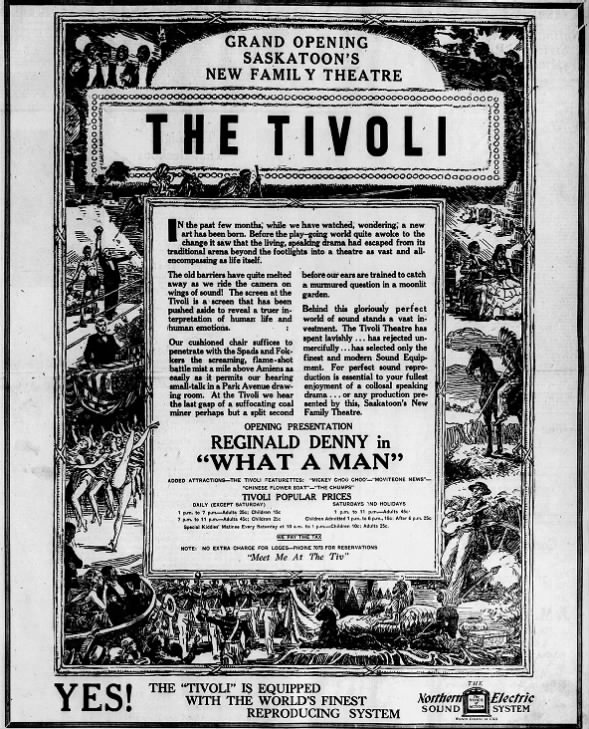 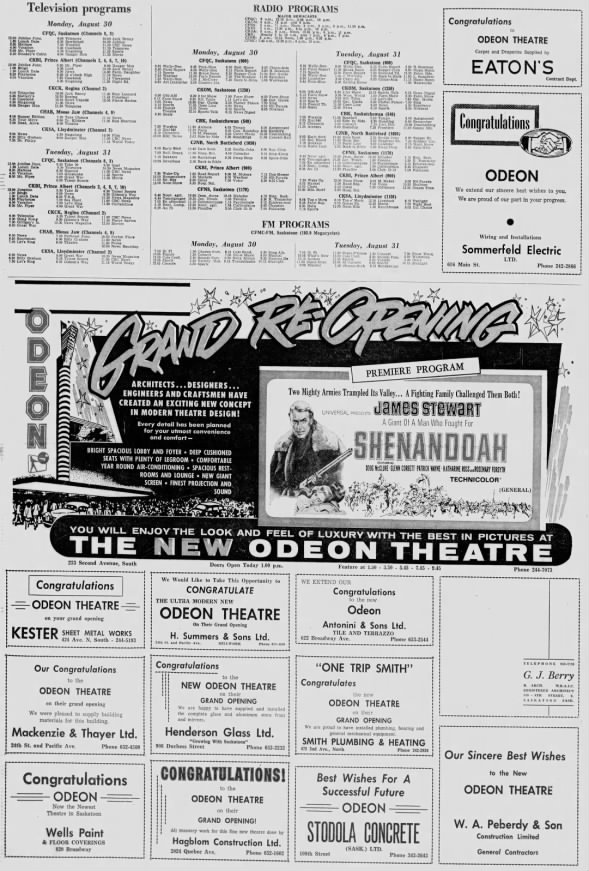 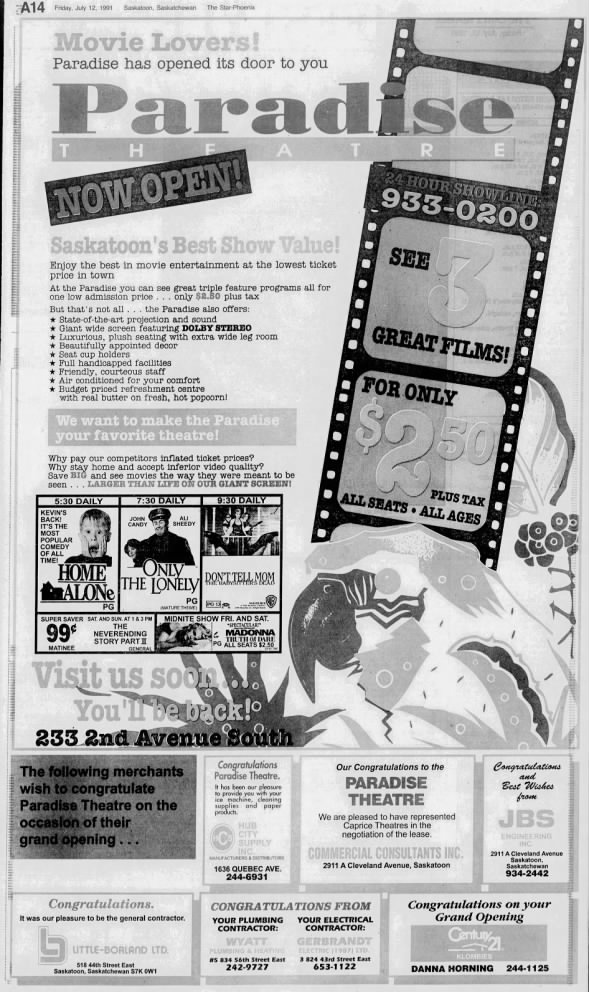