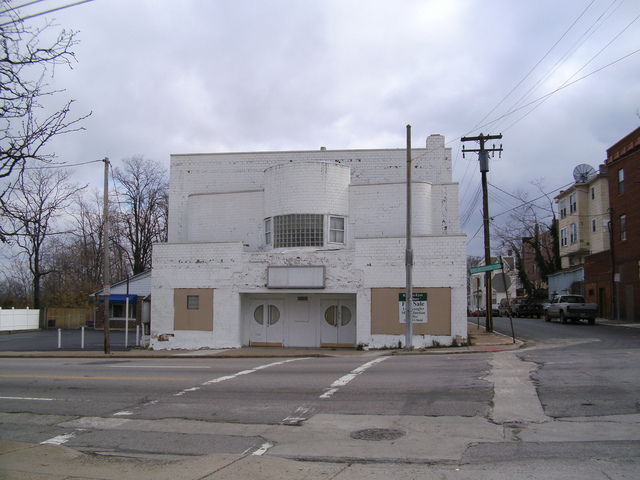 The Avon Theatre was opened on November 24, 1938. Seating was initially planned for 662-seats. It was operated by Jackson Theatres. It was closed on January 10, 1957.

Traffic was terrible on Reading Road near the Avon due to road construction. I’ll get back another time, but these will at least give you an idea what the Avon looks like today. It’s for sale and appears empty, but still has some interesting features.
View link
View link

I believe this structure became a church at one time.

A May, 1939, program from the Avon Theatre can be seen on this web page. The page also has a recipe for Cincinnati chili (it has spaghetti in it, a Cincinnati tradition.)

The program has a line reading “A Jackson Theatre” suggesting that it might have been owned by Jerome M. Jackson, a pioneer Cincinnati exhibitor. His obituary in the April 24, 1943, issue of The Billboard said that at the time of his death he owned the Jackson and Lookout Theatres, and served as manager of the Taft Theatre. Earlier in has career he had operated the Lyric Theatre and the Grand Opera House. 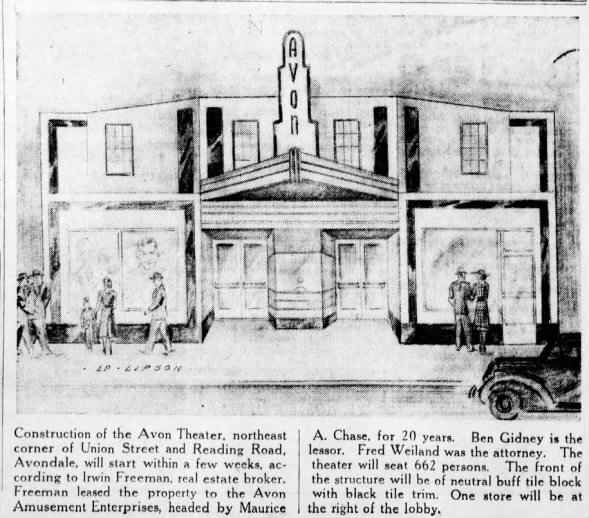 The drawing of the proposed Avon Theatre is signed by E. P. Lipson. This must have been Ed Lipson (I’ve been unable to discover if his first name was Edward or Edwin,) partner in the firm of Lipson & Wallace (Robert W. Wallace.) There is very little about them on the Internet, but the firm was still in operation in the late 1950s when Lipson’s son Alvin (born 1936) joined for a few years before becoming a developer.