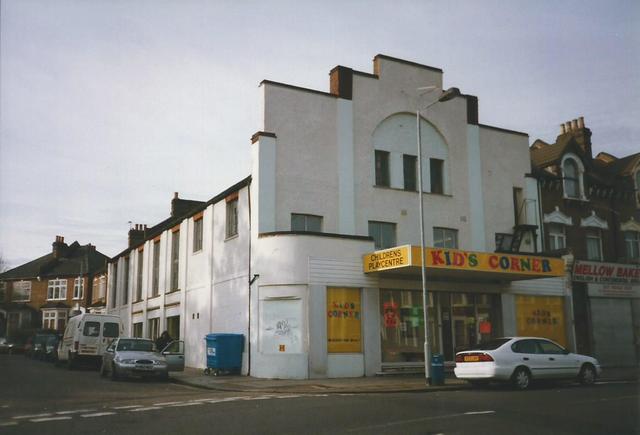 Located in the Southeast London district of Hither Green, just to the south of Lewisham. The Park Cinema was opened on 22nd December 1913 at the corner of Hither Green Lane and George Lane. It was designed by architect E.A. Stone of the architectural firm Norfolk & Prior. Seating was provided in stalls and circle levels. Music was provided by a piano, and in 1920 a new pipe organ was installed.

At the end of August 1930, the cinema was closed for redecoration and the installation of sound equipment. It re-opened on 8th September 1930 with Janet Gaynor in "Sunny Side Up", and boasted a a new wonder organ. In around 1931, architect Leslie H. Kemp was employed to modernise the cinema, particularly the façade, which received a ‘modern’ Art Deco style. By 1937 it was operated by the D.J. James Circuit.

Independently operated throughout most its life, the Park Cinema was probably never equipped for Cinemascope films and was closed on 14th December 1957. It was converted in a boating store. In recent years it was used as an indoor children’s playground named ‘Kids Korner’. In the Summer of 2008, the building had been offered ‘For Sale’ and had just been ‘Sold’. In early-2011, a local campaign was begun to return the building to cinema use. By 2021 it was a café named Le Delice.