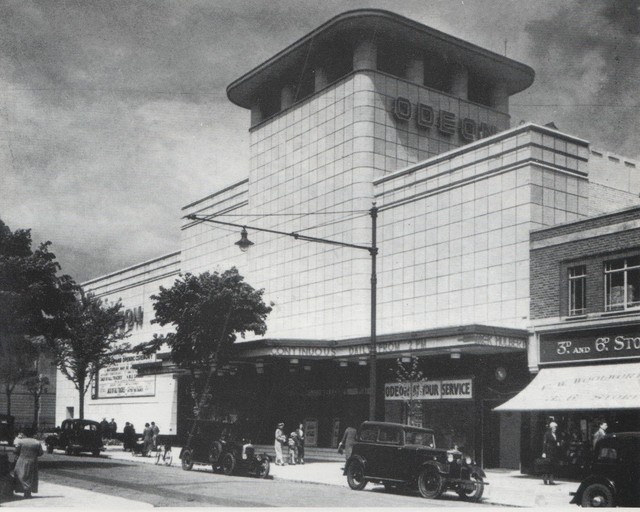 Located in this Essex sea-side town on West Avenue at the corner of Jackson Road. The Odeon was one of the original cinemas built for the Oscar Deutsch chain of Odeon Theatres Ltd.

It was opened on 30th May 1936 with Jack Hulbert in “Jack of All Trades”. The facade was a solid mass of creme faience tiles, which had a flat top tower over the entrance. Inside the auditorium, seating was provided for 746 seats in the stalls and 468 seats in the circle.

The Odeon led an uneventful life, and was closed by the Rank Organisation on 8th November 1975 with Gene Hackman in “Bite the Bullet”.

It stood empty for 18 months, and was then taken over by an independent operator, re-opening as the Salon Cinema on 3rd June 1977 with Barbra Streisand in “A Star Is Born”. The Salon Cinema was closed on 20th November 1980 with Robert Vaughn in “Hanger 18”.

It then stood derelict until 1984 when it was demolished, and shops with flats above, were built on the site.