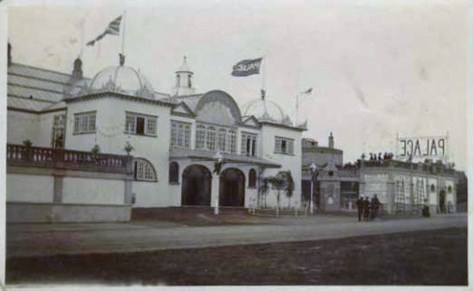 Located in the Essex seaside town of Clacton-on-Sea. The Palace Theatre was built in 1906 as part of the ‘Palace of Light’ complex. It became the Palace Cinema in 1933. It was closed in 1939 at the outbreak of World War II.

After the war it was converted into a roller skating rink, then became a Louis Tussaud’s waxworks museum. It was demolished in 1974. In 1986 an extension to the Clacton & District Hospital was built on the site.

There is a view of the Palace complex in Clacton-on-Sea on this webpage.