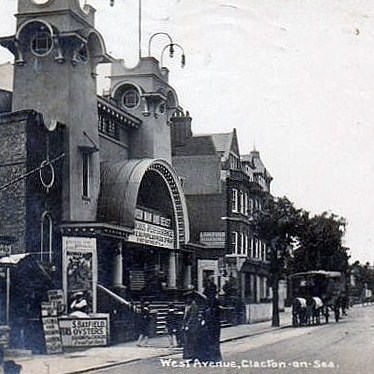 Located in the Essex seaside resort of Clacton-on-Sea. The Kinema Hall opened in July 1913, and was operated by the Letchworth Cinema Company Ltd. By 1919 it had been re-named Kinema. By the mid-1920’s it had a new operator and was re-named Kinema Grand.

The Kinema was closed in early-1962, and was demolished in April 1962. A Fine Fare Supermarket was built on the site. This later became a Fads store, and by 2008 was a Peacock’s store.