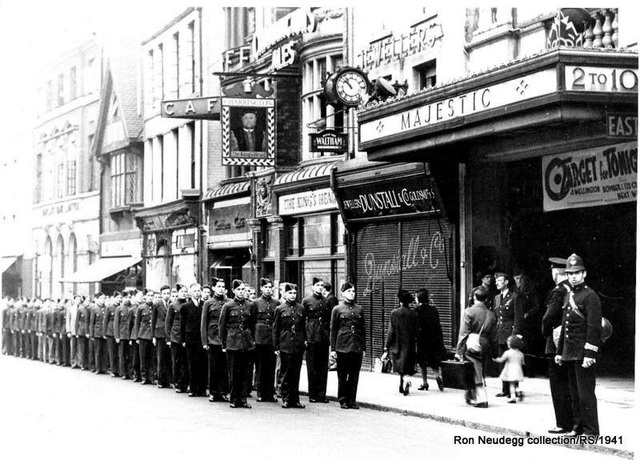 The Majestic Cinema was opened on 1st October 1931 with Ralph Lynn in “Rookery Nook”. Seating was provided in stalls and circle levels, and the auditorium was illuminated by troughs containing concealed lighting. The proscenium was 40 feet wide and the stage was 10 feet deep. There were four dressing rooms. The cinema also boasted a cafe, for the convenience of its patrons.

It was taken over by the Union Cinemas chain on 23rd December 1933, and they installed a Compton 3Manual/7Ranks organ which had an illuminated console and a grand piano attachment, which was opened by organist Reginald New.

The Union Cinemas chain were taken over by Associated British Cinema(ABC) in 1937. The Majestic Cinema was re-named ABC in 1963. The Compton organ was removed in 1968.

Odeon leased the building to an independent operator, with a proviso that it didn’t screen English language films, so it screened East Indian ‘Bollywood’ films under the name EMD Cinema.

Closed in 2002, it was taken over by the United Church of the Kingdom of God (who also took over the former Granada/EMD, Walthamstow in East London, which today still causes much controversy). UCKG had moved out of the former Majestic/ABC by 2006. In 2009, a major fire brought the roof down, and the auditorium was demolished. The front of the building remains.

One of the truely great cinemas. With a long hall leading to the large staircase to Screen 1. This cinema was the perfect local cinema before it was burnt down. Many people have got archive photos and recent photos on the explorer website that shows the scale of this building, which was not represented from the street view. Many childhood memories visiting this cinema.

Despite the extensive damage to the auditorium, and its subsequent demolition, in December 2014 the street frontage remained, albeit (not surprisingly) in very poor condition. See my photos.