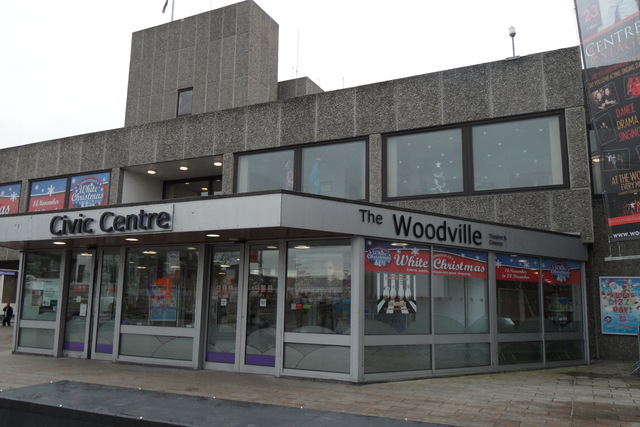 Built in 1968 as part of the new Civic Centre, Woodville Halls has hosted dance schools, local shows and national talent. The main auditorium is capable of seating 652 across three levels or of being transformed into a flat floor space for cabaret performances for 380 seated at tables and 100 seated in the circle. A smaller 150-seat Studio space opened in 2012.

The main auditorium is home to the part-time Paul Greengrass Cinema, named after the director of films such as “The Bourne Supremacy”, “United 93”, “Green Zone” and “Captain Phillips” who was educated at Gravesend Grammar School. In addition to screening new releases and classics, live performances from the National Theatre are also presented.

The Woodville also has an art gallery, The Blake Gallery (named after British painter and illustrator Sir Peter Blake). At the front of The Woodville is a ‘Community Square’, used for cultural and community events, including outdoor concerts and theatre.

The venue is owned by Gravesham Borough Council and is in receipt of a yearly subsidy.