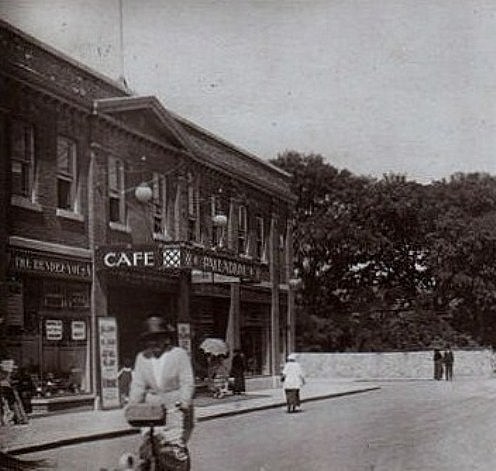 Located in Prestatyn, North Wales. The Palladium Cinema was designed by Liverpool based cinema architect A.E. Shennan. It was opened in early-1921. The proscenium was 35 feet wide, and there was a small stage. The building also contained a cafe restaurant and a dance hall.

The Palladium Cinema was closed in 1968, and was converted into a bingo club. This closed in 1978, and the building was put up ‘For Sale’. It was demolished and a branch of Boots chemists was built on the site in the 1980’s.

A picture of the Palladium can be seen here.