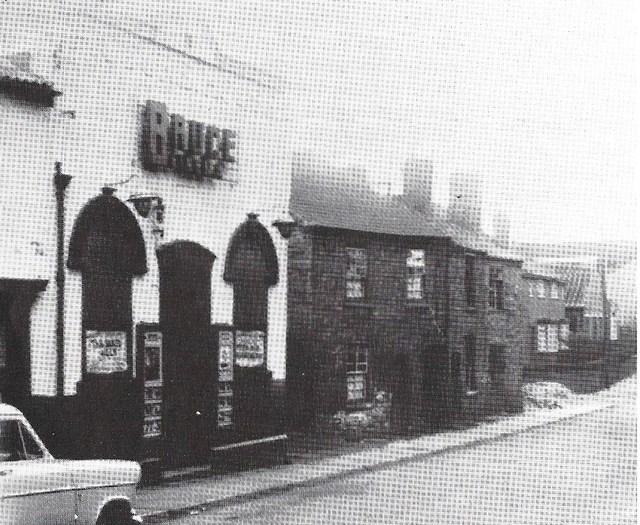 Located in the Princes End district of Tipton, near Cosely in the West Midlands. Originally a Baptist Chapel built in 1871, it was converted into the Picture House, opening on 18th November 1912. Seating was provided on a single floor, with some on the seating on wooden benches, which survived until the mid-1940’s. The Picture House was equipped with a British Thomson Houston(BTH) sound system in around 1930.

It was re-named Bruce Cinema in 1948 after a renovation. Taken over by Mr & Mrs Woodruff in 1953, they employed Modernisation Ltd., headed by Mr. Friese-Green, to renovate the cinema.

It is thought the Bruce Cinema was closed on 26th May 1962, and was badly damaged by a fire on 31st May 1962. The building was demolished and housing has been built on the site.

I live in Tipton and there is nothing like any of this photo around now and what is here is dying on its feet.