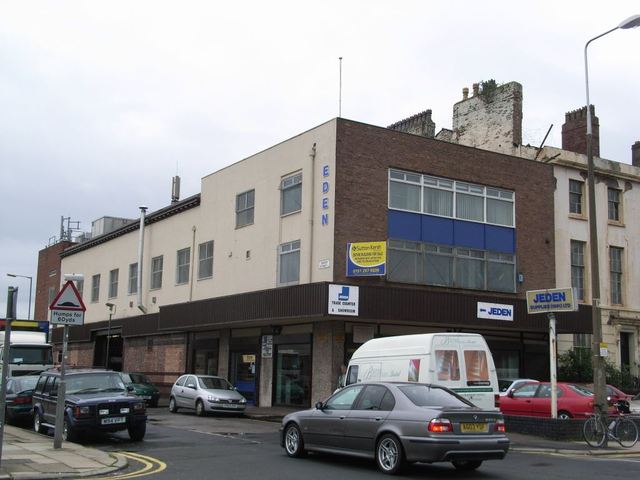 Located in the Everton district to the east of the city centre. The Savoy Cinema is on West Derby Road at the corner of Baker Street, between the Olympia Theatre and Royal Hippodrome Theatre. It was opened 15th December 1914 with Henry Ainley in “Called Back”. It was operated by the local W. Gordon circuit. Seating was provided in stalls and circle levels.

In March 1928 it was taken over by Gaumont British Theatres (who were also to take over the nearby Royal Hippodrome Theatre in 1931).

The Savoy Cinema was the first of the Liverpool suburban cinemas operated by the Rank Organisation to close, when it screened Anthony Quinn in “The Brave and the Beautiful” and Audie Murphy in “The World in My Corner” on 29th September 1956.

The building has been in several uses over the years since then, including a floor covering store, a car showroom and offices. By 2019 it was Rimmers Music Store, selling musical instruments and had its own rehearsal room. Over the years since closing the façade has been removed.