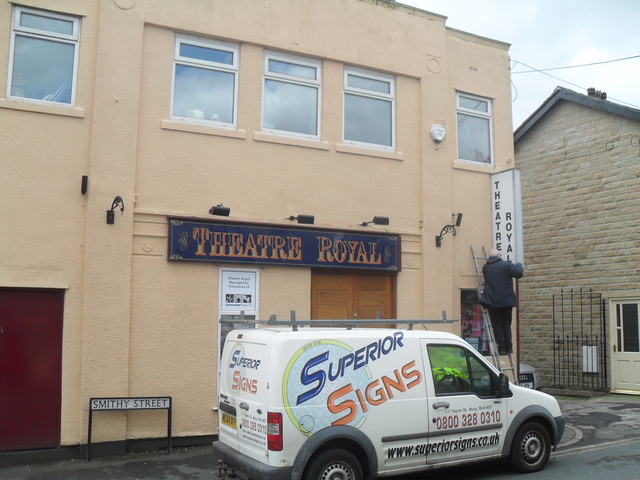 Located in Ramsbottom, to the north of Bury, Lancashire. The original Theatre Royal was a conversion of a former 1890’s horse stable, which soon became a cinema at the turn of the century. It was destroyed by fire in the early-1930’s and the current building was built and opened as the New Royal Cinema prior to 1934. It had 700 seats and a 30 feet wide proscenium.

By 1937 it had been re-named Royal Cinema. It was closed in 1968, and was converted into a snooker hall.

In 1991 it was taken over by the Summerseat Players and re-opened as the Theatre Royal. Today the main auditorium has 204 seats and there is a 60-seat theatre upstairs which was created in 2009.