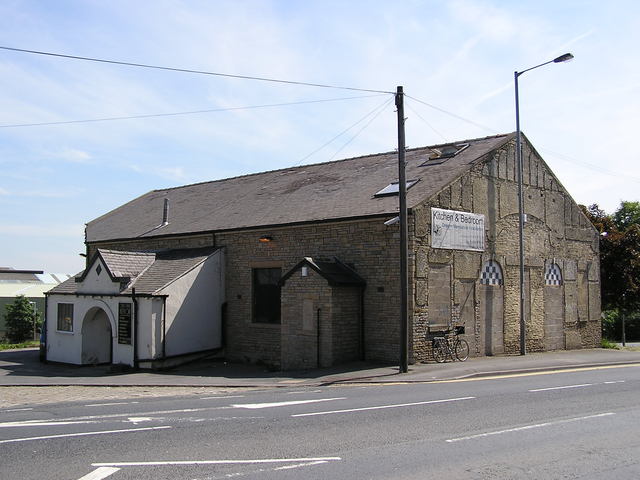 Located on the main road in the suburb of Low Moor, 3 miles south of the City centre. A former Brotherhood Mission Hall was converted into a single-deck cinema and opened on Monday 14th September 1914; the main entrance was on Bolton Street, to the side of the building. In 1931 a British Thompson Houston(BTH) sound system was added to the BTH projectors and seating reduced to 526 and later down to 490.

The Low Moor Picture Palace was closed on Saturday 15th June 1957 with “Reap the Wild Wind”. After a period of disuse it opened for bingo in 1964; this lasted until 1983. It is currently used by a firm of kitchen, bathroom and furniture manufacturers, who call their premises ‘The Old Picture House’.