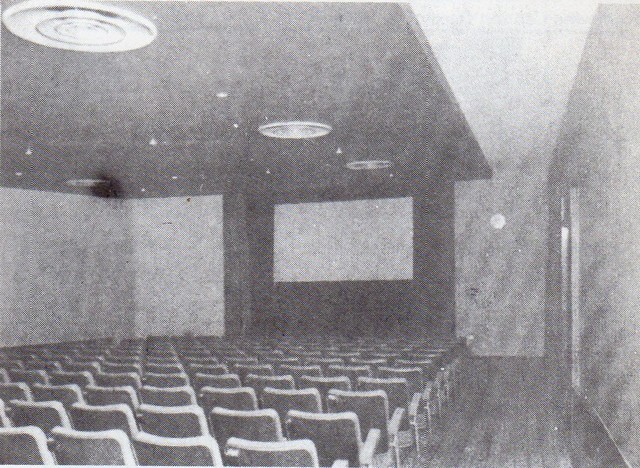 The Queens Building at London Airport was opened on 16th December 1955 by Her Royal Highness Queen Elizabeth II, adjacent to the Europa Building (which later became Terminal 2). It had a rooftop garden, which was a popular place for plane spotters. It served as the main entrance to the airport and terminal building at that time. It contained offices for the airlines, a post office, a grill room restaurant, a lecture hall and a cinema.

Known as the London Airport Cinema, or News Cinema, this was open to the general public as the cinema was not ‘airside’. This proved a disadvantage for airline passengers who were not allowed back into the reception area once they had booked in to their flight. Due to this restriction, the cinema was not very successful, but it did make money due to ice cream sales! Apparently it was built without a projection box, and one had to be added at the rear of the auditorium. There was also no provision for a staff dressing room, so members of staff had to use the main staff room in the building. It was equipped with a RCA sound system.

Programmes were continuous seven shows daily, lasting one hour and consisted of newsreels, cartoons and short subjects. There were two changes of programme each week. The News Theatre was operated by the Capitol and Provincial News Theatres Ltd. (later to become Classic Cinemas) chain. It was still operating in 1958, but closed soon after, and the space was converted into a sick bay.

The Queens Building was demolished in October 2009 to build a new Terminal 2.