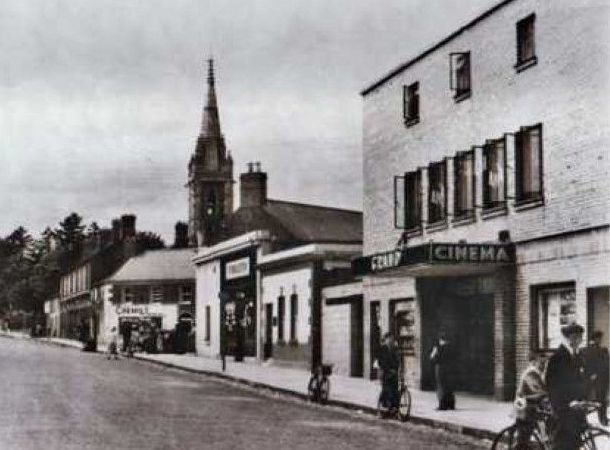 Located in the Fingal district of Malahide, County Dublin. The Grand Cinema had opened by March 1945 and according to the local history society was affectionally known as “Ma Walsh’s” after its owner. It was a 500-seater and was equipped with a GB-Kalee sound system. It was converted into a ballroom called the Spanish Arch which opened on 26th December 1963. This lasted until at least 1967, but the building was seriously damaged by fire in the 1970’s. The site is now home to a bank and the Supervalu Supermarket.