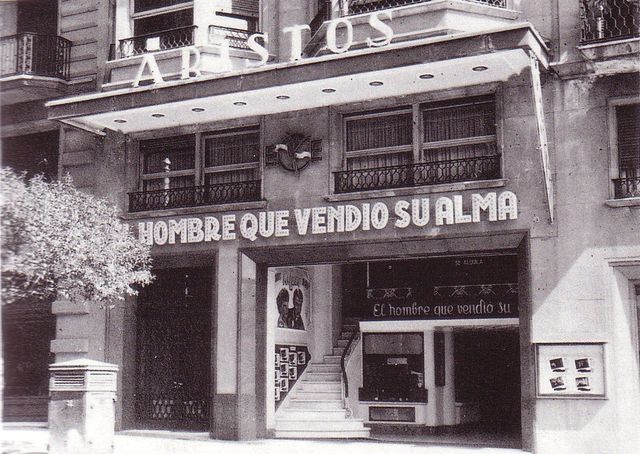 The Cine Aristos was opened on 17th December 1943 with Gary Cooper in “The Adventures of Marco Polo”. It was closed on 31st July 1966.

On 23rd December 1967 it re-opened as a live theatre, the Teatro Moratin. It was closed in 1974 and returned to cinema use. From 1982 to 1995 it was a music-hall theatre named Belle Epoque. Since 26th September 1995 it has operated as a live performance theatre named Sala Luz de Gaz (Gaslight).