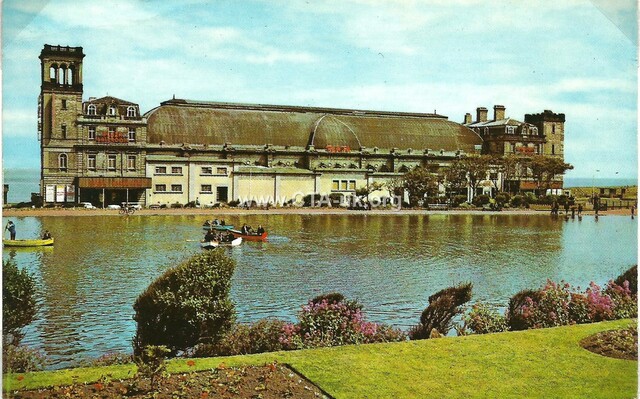 Located in Tynemouth, near North Shields, Tyne & Wear. The Palace by the Sea was opened on 28th August 1878 and was built to the designs of architects Norton & Massey. It contained a Concert Hall, an Aquarium and a Winter Gardens. It staged pierot shows in the Concert Hall and on 29th May 1909 began to screen films.

In 1926 it was taken over by Sol Sheckman (later to head the Essoldo chain of cinemas) and he employed North Shields based architect William Stockdale to convert the Concert Hall part building into a cinema. The Plaza Cinema opened on 1st June 1927 and used a rear projection system. It was not a great success and Sheckman closed the Plaza Cinema by October 1928.

In June 1933 the building re-opened as Galaland which operated as an entertainment centre until December 1970. It was last used as a nightclub from 1971 to 10th February 1996 when it was gutted by a fire. It was then demolished.