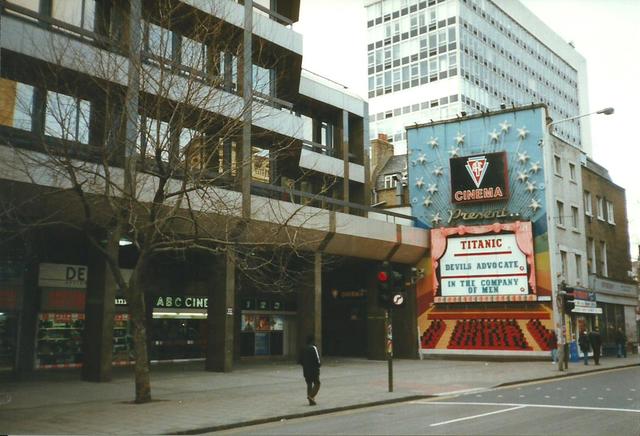 Despite a totally inconsequential façade the main screen 1 is actually a very good place to see a film with its 328 seat, steeply raked auditorium and high ceiling.

Screens 2 (145 seats) and 3 (137 seats) are less impressive, they still retain the good sightlines - but the auditoria are rather too long and narrow to be ideal.

Very spacious foyer. The Central Cross development (which incorporates these cinemas) stands on an area which once housed three much older cinemas - the 1912 Majestic Cinema (later La Contintale Cinema) closed in 1976, and the 1913 Carlton Cinema (later Berkeley 1-2 Cinema) which closed the same year.

Classic Cinemas were taken over by the Cannon Group and it was re-named Cannon. The lease on the Cannon Tottenham Court Road was bought out by Odeon Theatres and the cinemas were renamed Odeon.

Side-by-side photographs of the original Carlton Picture Theatre/Barkeley Cinema, and the current Odeon on the site today:
http://flickr.com/photos/kencta/2083900013/

Sorry, but the above Flickr photo montage is wrong.

The Carlton cinema (later Gala Berkeley) was on TCR at the north side of Stephen St which is now bridged. The site of the front of the cinema is now largely the paved area (the building line was moved back) and the retail units (T2, Chocolat, and Leon). The BFI building on Stephen St is on land abutting the rear of the site of the Carlton’s auditorium. The Odeon entrance shown in the Flickr photo is at the north end of the TCR redevelopment – approximately where the entrance to the Majestic/Continentale cinema was situated. Two old buildings remain north of the Odeon and Ben & Jerry’s – ‘YouMeSuchi’ and ‘iSmash’. 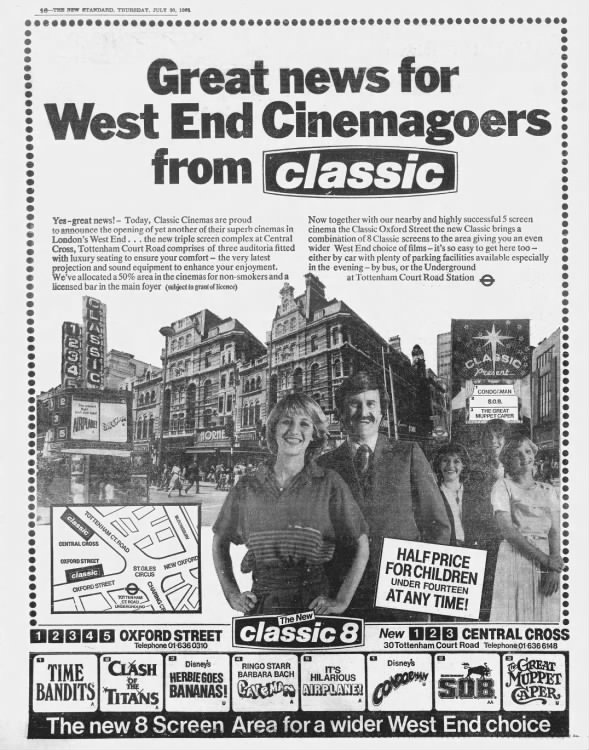