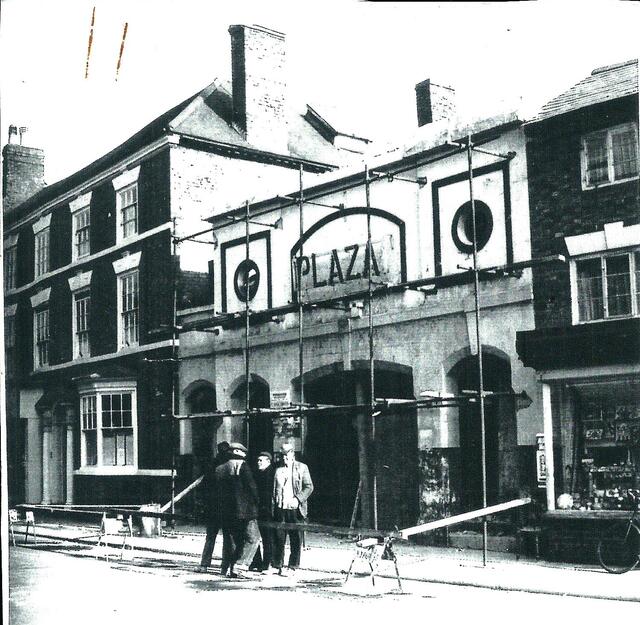 In Pershore, Worcestershire, the Electric Theatre opened in 1914 with 420 seats. By 1928, according to the Kinematograph Year Book, it had been renamed the Picture House and, by 1935, the seating capacity had been reduced, to 325.

In the 1936 edition an AWH sound system is first mentioned. However, it is assumed that this (or an earlier system) had been installed a few years earlier.

The 1945 edition is the last to list this as the Picture House. It was by then owned by Pershore Picture House Ltd. The following year it was listed as the Plaza Cinema, with the same proprietor, but perhaps after some modernisation.

In the 1950’s the Plaza Cinema was converted to CinemaScope, leading to a reduction in the seating capacity to 270.

Despite this, the Plaza Cinema closed on 24th June 1958. The building was demolished around 1969.