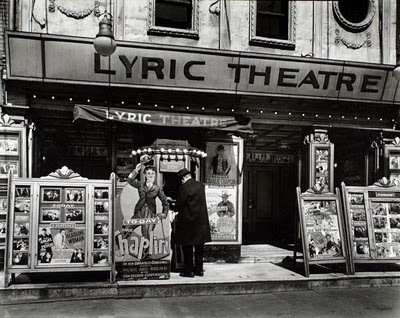 This theatre then changed it’s name back to the Bijou Cinema and switched to a first run format opening with “War of the Roses”. By 1992 with all the competition from the new Loews Village and Village East, the theatre quietly went back to gay male adult films, and closed around 2002. The building was gutted to its brick walls in June 2005 and converted into office space. By 2017 it had been converted into a bar.

I can clarify some of this. I built and owned the Pocket Theatre at 100 Third Avenue, an Off Broadway house. Our company, Sans Souci Theatre Corp took over the old Comet Theatre. At the time, 1962, the Comet occupied the space on Third Avenue, AND the space behind it, now the Classic Stage Co. at 136 East 13th Street. The projectors were in the Third Avenue space and the screen was on the far west wall of the 13th Street space. We put the wall back up between the two spaces, intending to have 2 Off Broadway Theatres, one on Third Avenue and one on 13th Street. We didn’t enough money to do both so we ran the Pocket Theatre at 100 Third Avenue and rented out the big space in back to some scenery builders who used the space for a workshop and storage. The Pocket Theatre had a variety of shows in it over the ten or so years we ran it. “America Hurrah” was the hit that ran there for over two years. John Cage and I produced the first performance of Erik Satie’s “Vexations” there in 1962. You can read about it in Wikipedia.

The history of the two spaces is this. Back before the turn of the last century this area was the German community in New York City. The space in back of 13th Street was an open beer garden, accessed through a bar at 100 Third Avenue. When nickelodeons became popular the owner walled off the beer garden and opened a nickelodeon at 100 Third Avenue. Later as films became more and more popular he took the wall down, roofed over the beer garden and created the odd T shaped movie house. When we took it over it was showing a western and a feature every day, for 25 cents admission. These owners, the Ansons, from whom we bought the Comet, also owned the Star at 15th Street and Third Avenue. They ran both theatres with the same program. While the Comet showed the western, the Star showed the feature. A “reel boy” ran between the theatres at the break, carrying the western uptown to the Star then bringing the feature down to the Comet. Mrs. Anson, who was living at 100 Third Avenue when we bought the place, told me this history. Her husband is mentioned in the news articles logged on to the EVGrieve website. We sold the Pocket Theatre in the early 70s to some shady lads from 42nd street. They, Arista Theaters Inc., closed the Pocket, I took our sign down, they put up theirs, The Jewel.

An error in the above. The box office magazine articles noted above by tinseltoes refer to the Ansons.

The intro for this historic house really needs to be corrected and expanded.

well i was in the area again this past weekend and decided to see exactly what was at 100 3rd Ave.

in my post on the other page i noted there was a fairly tall new structure in the middle of the block which i had viewed from the other side of the street. well guess what? that new structure which is either 6 or 7 stories is in fact 100 3rd Avenue. its now a fancy upscale bar. the door was open and i noticed a doorman/bouncer. its possible he knew nothing about the history of the building but it didn’t hurt to ask. so i asked him if the new structure was in fact a completely new building. well he did in fact know of the Lyric Theater. i hope i correctly understood him in that the trendy upscale bar and the additional floors are built within and upon the original building and not is not completely new.

the famous photo with the Chaplin cut out next to the box office always made the theater look bigger than it actually was. it was viable as a theater in that it was quite long as opposed to wide so a decent number of seats could have been accomodated.

Joe, I suggest you read the Box Office article from 1947 that Tinseltoes posted on July 1, 2012. It is chock full of information about this theater, including its history, capacity and seating arrangemnts.

I moved to NYC in January ‘96. Ended up living at 12th and 3rd. I can confirm that at least by that time, and I believe well into 1997, this theater was running as a gay movie house. It was not exceptionally blatant but there were blacked out glass doors, no marquee, and I believe sandwich board sized promo pictures of gay adult film stars. I can’t remember if the boards were outside or you could see them when people opened the doors. But this place was very definitely operational in '96 and '97. Definitely hung on a lot longer than most of the other theaters in the area. What seems insane now is that even as late as May '97, 12th street between 3rd and 2nd was still a prostitution block. I remember the day when the cops did a huge undercover sting on all of the johns and that was the end of that.

i just walked by 100 3rd Ave. last weekend and its now a upscale bar Nevada Smith’s. but i am perplexed by something. the width of the bar is no way near the width of the theater front in the photo at the top of this page. can someone explain this?

You can zoom in and around the Overview photo in below link.

I lived in the 3rd Ave North dorm on 11th & 3rd when this theater reopened in ‘89 as a first run theater. I remember seeing The Fabulous Baker Boys, War of the Roses, Internal Affairs and The Hunt for Red October. It was always pretty crowded. I was really stoked to come back after my freshman year summer vacation to find we had a movie theater in the neighborhood. This was a couple years before The Loews Village 7 and the City Cinemas Village East had opened, and even the Loews 19th St was still being finished, so our closest theater in the East Village was Movieland 8th Street. It was a trip to know I could pretty much walk across the street and see a movie.

When it was re-named Cinema Village 3rd Ave, it never played anything I wanted to see. (I felt like all they ever played was animation. Way too much Bill Plympton.)