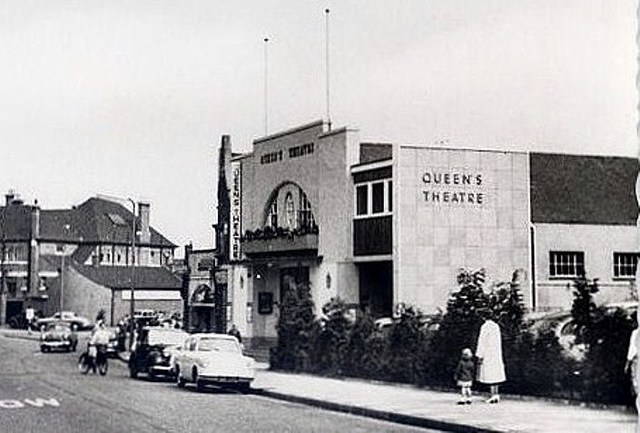 The Hornchurch Cinema was opened in 1913. It was later re-named Super Cinema, probably around 1930 when equipped for sound films. It was closed in 1935. During World War II, it was used to store furniture from homes that had been bombed out.

It later became a live theatre, re-named Queen’s Theatre, it was opened by actor Sir Ralph Richardson on 21st September 1953 and continued in this use until 1975, when the new Queen’s Theatre was built in nearby Billet Lane.

The former cinema stood empty for a while and was later demolished and offices were built on the site.