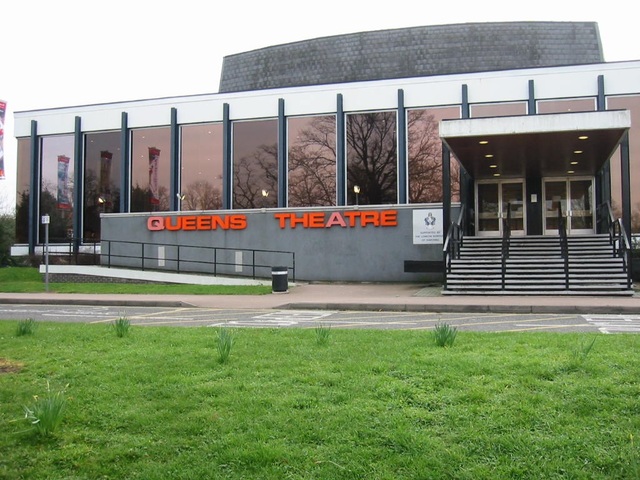 The Queen’s Theatre was opened by Sir Peter Hall on 2nd April 1975 in a new building designed by the Borough architect R.W. Hallam & project architect Norman Brooks. It replaced the earlier Queen’s Theatre on Station Lane which had previously been the Super Cinema (closed in 1935). The opening production was “Joseph and His Amazing Technicolour Dreamcoat” starring Patrick Rycart.

Mainly used as a live theatre, the Queen’s Theatre does screen films occasionally, usually on a Sunday when there is no live performance.