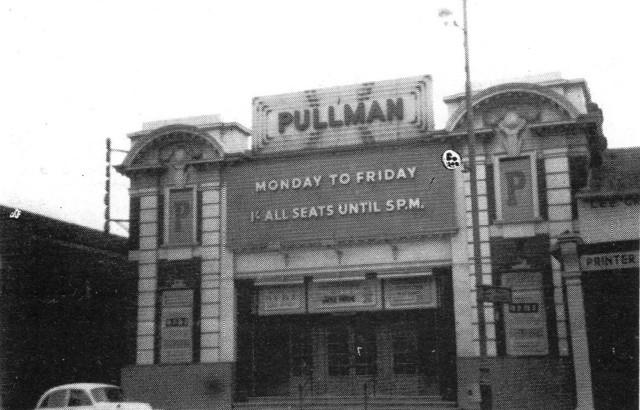 Located in Lee Green, southeast London. The Imperial Picture Theatre opened on 6th December 1913. It was designed by architect H. Wakefield & Sons, and had a stone and brick facade, with columns and an elaborate pediment. Occasional variety was held on the 7 feet deep stage, and there was one dressing room.

It was taken over by new management on 17th June 1928 and re-named Savoy Cinema. It operated successfully for many years, and on 10th April 1955 it was re-named Pullman Cinema.

The Pullman Cinema was closed on 27th June 1959 with Robert Taylor in "The Law and Jake Wade" and Gordon Scott in "Tarzan and the Lost Safari". It was converted into a motor spare-parts shop, and then a shopfitters, before being demolished in October 1986. Part of a Sainsbury’s Superstore stands on the site today.