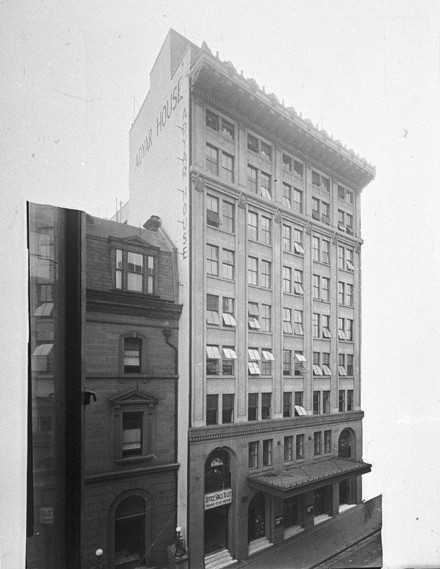 Located in downtown Sydney. Opened as the Adyar Hall (a concert hall) in 1924. It was altered and re-opened as the Savoy Theatre in 1930 with Janet Gaynor in “Sunny Side Up”, which moved over from the Plaza Theatre. All seating was on a single level. It was also used for live theatre, presenting small scale plays until 1937.

Renamed the New Savoy in 1939 and became the venue for foreign films, starting with “La Kermesse Heroique”.

The Savoy Theatre was closed in January 1973 and the building, Adyar House, and most of the block was demolished for new skyscrapers.

I remember this small cinema from when I first started working in Sydney in 1970. I was always curious that it was located at the top end of the city when most of the other theatres were in mid-town or down towards Railway Square (Bligh Street was in the banking and financial house district … I used to bank at the ES&A Bank directly opposite the Savoy, now also long gone). Costa-Gavras’s Greek political thriller ‘Z’ played there seemingly forever, late 1969, all through 1970 & beyond.